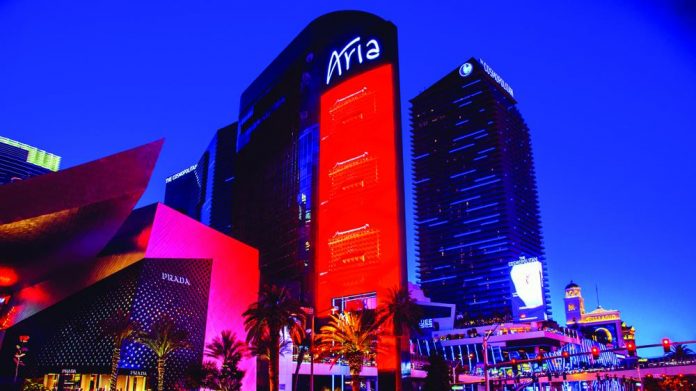 MGM Resorts saw a 13 percent fall in gaming revenues on the Strip during Q1 2019 which it attributed to a decline in its high-end baccarat business, while the firm continues to push forward with its MGM 2020 plan, a company-wide cost reduction initiative which has seen it commit to more than 1,000 lay-offs.

The company’s consolidated net revenues increased 13 percent year on year to $3.2bn. However net income fell significantly to $31m, compared to $223m in the prior year quarter.

“The first quarter came in slightly better than our expectations with consolidated net revenues up by 13 percent and adjusted EBITDA up five percent,” said Jim Murren, chairman and CEO of MGM Resorts International. “Our US Regional properties showed tremendous strength and we are starting to see the fruits of our labor in Macau which had a nice quarter with a continued ramp-up of MGM Cotai.”

In Las Vegas, where the company operates 10 properties, MGM’s net revenues remained flat at $1.4bn, as in the prior year quarter, while Adjusted Property EBITDA decreased 10 percent to $404m, primarily due to a fall in casino revenue. “The last time we were together we highlighted both low hold and a tough comp in our Las Vegas baccarat business,” Murren continued. “This was the primary driver of our year-over-year Strip EBITDA decline in the quarter, and clearly something that the market felt as a whole with Las Vegas Baccarat DGR down 32 percent year-over-year,”

“In Las Vegas, revenues were roughly flat year-over-year. Non-gaming revenues increased by four percent. We saw good performance in most areas including hotel with REVPAR up 3.7 percent. Food and beverage and entertainment were also robust, which we know speaks to the overall strength of the demand of the city at our properties,” he clarified.

“Gaming revenues declined by 13 percent solely driven by high-end baccarat business. in fact, slots and non-bac table games had higher volumes and win year-over-year. Along with our non-gaming performance, this of course highlights the healthy environment we witnessed in the quarter.

“Importantly, we’re optimistic about the underlying health of Las Vegas. ARIA, which you know is not consolidated, for example, was particularly strong in the quarter with net revenues up 14 percent and Adjusted Property EBITDA up 29 percent. And including ARIA, we gained market share in overall table games. We’re also excited about the early performance of Park MGM as the property continues to ramp.”

He added that there has been no change in MGM’s full-year outlook. “We expect a strong second half to the year as we begin to drive financial benefits from 2020 as well as a good convention calendar,” Murren affirmed. 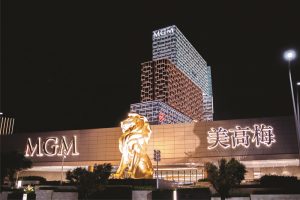 $179.7m. “By property, MGM Macau achieved EBITDA of $129m, while Cotai continued its ramp with 18 percent growth quarter-over-quarter to $62m of EBITDA,” Murren stated. “We benefited from above average hold in the quarter of about $16m in VIP. But nonetheless, we certainly showed good progress and gained market share for the third consecutive quarter.” He added that “a big milestone” for the company was the extension of its sub-concession until June 2022, which had “aligned [MGM] with the rest of the market”.

MGM China CEO Grant Bowie added, “Along with the growth of our business, we are delighted to see our gaming sub-concession extended. We are grateful for the support of the Macau government and remain committed to the region’s continued evolution into a global leisure and tourism destination.”