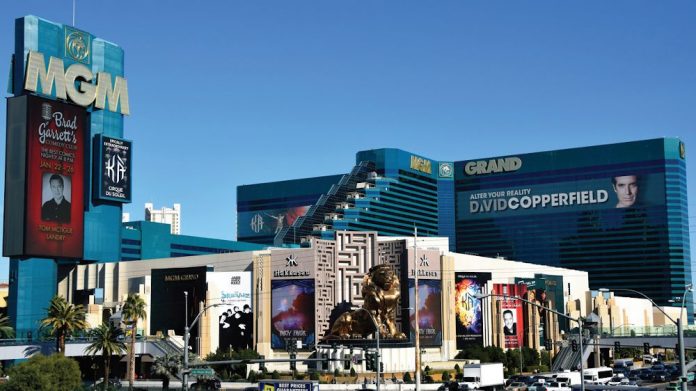 MGM Resorts International saw a quarterly loss due in part to an impairment charge related to its sale of the Circus Circus, while the company is currently moving forward with plans to sell another Las Vegas Strip casino.

GM Resorts International is looking at selling another Las Vegas Strip casino, the MGM Grand, before the end of the year, company officials confirmed. In October, the company agreed to a sale-leaseback of the Bellagio and an outright sale of Circus Circus on the Strip.

MGM has stated that the net proceeds from the two separate real-estate deals will be $4.3bn, adding that the sales will free up cash, offering the firm the flexibility to pursue new business opportunities.

“These transactions were key steps, but by no means the end of our journey,” said MGM’s chairman and CEO Jim Murren, speaking at the company’s Q3 earnings call. “The Bellagio real-estate transaction represents more to us than a smart financial deal.

It provides a likely blueprint for the future.” For the three months ended 30 September, MGM Resorts reported a nine percent increase in revenue year on year to $3.3bn.

The company reported a 42 percent decline in consolidated operating income to $238m and a net loss of $37m, which it attributed to a $219m impairment charge related to the agreement to sell Circus Circus. The non-cash charge is due to the fact the casino sold for less than the value of the property as recorded on MGM’s books.

Treasure Island owner Phil Ruffin is buying Circus Circus for $825m, while New York-based investment firm Blackstone Group entered into a saleleaseback of the Bellagio, which valued the casino at $4.25bn.

MGM retained a five percent stake in the casino resort through a joint venture with Blackstone and will pay annual rent of $245m to continue operating the property.

He added that the proceeds from the recent sales will initially be directed toward paying down debt and shareholder returns, while the company looks to monetise additional real estate.

MGM Resorts still owns MGM Springfield in Massachusetts and a 50 percent stake in CityCenter in Las Vegas, and has around 68 percent ownership of MGM Growth Properties.

However, during the earnings call, Murren stated that one of the firm’s short-term goals is to reduce its stake in MGM Growth Properties to less than 50 percent. ramp-up” of its newest property MGM Cotai. The firm’s total revenue rose by 22 percent year-on-year to $738m for Q3, driven a part by a 19 percent increase in VIP table games hold to $699m at MGM Cotai and MGM Macau.

“Clearly what we would all like to see is the growth in the market, …it’s really difficult to see significant increases in market share when the market is flat.”He observed that MGM would attempt to ward off lowering the room rates of its Macau properties, despite a drop in visitor spending. “We’re trying to avoid that,” Bowie said.

“We hope that [the market] will stabilise and we’re getting close to being at a baseline that we can progress from. “We don’t expect the fourth quarter to have many changes: the same macroeconomic conditions that existed in the third quarter are going to continue into the fourth quarter. But …we’re always optimists. We are looking for improvements coming into next year,” he concluded.