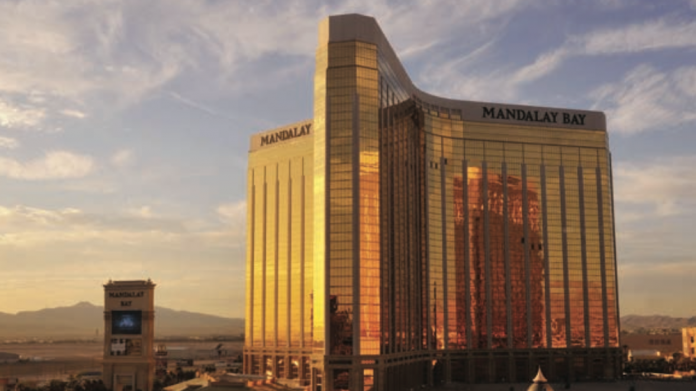 MGM Resort income rose 8.5 percent to $233m for Q1, but while MGM China saw a strong quarter in Macau, in the US room revenue dropped five percent primarily due to lower occupancy at the company’s Las Vegas properties.

MGM Resorts net revenue for Q1 2018 rose 3.9 percent, but a boost from the opening of its new casino in Macau was offset by a setbacks on the Las Vegas Strip.

Despite this, the company’s shares fell 10.3 per- cent in April, reflecting investors concerns about the future of the domestic gaming market.

Room revenue dropped five percent primarily due to lower occupancy at MGM’s Strip properties, with business at the Mandalay Bay still feeling the impact of the mass shooting in Las Vegas on 1 October 2017.

Speaking during the company’s earnings call, MGM’s CEO, James Murren, acknowledged that the Mandalay Bay is not recovering as quickly as expected.

“Mandalay Bay is in a recovery mode, it has not recovered as rapidly as we had hoped,” he stated.

“This is a property that is undertaking a tremendous challenge, … but [it] has lagged behind what we had predicted in terms of its performance.”

The Mandalay Bay’s revenue declined 6.3 percent to $245m during Q1, while occupancy fell to 85 percent, the second lowest among MGM’s Strip proper- ties after Circus Circus.

The property’s convention business has also been impacted, with a cancellation in February, along with several smaller meeting cancellations. MGM’s COO Corey Sanders stated that demand for meeting space at Mandalay Bay around the first anniversary in October of the shooting is “challenged”.

The Mandalay Bay accounts for 8.5 percent of MGM’s net revenue, making it the fourth largest property in its portfolio.

Meanwhile, disruption due to remodelling at the Monte Carlo resort and the delayed boxing match between Canelo Alvarez and Gennady Golovkin, originally scheduled to take place at the MGM Grand on 5 May, also took a toll on the outlook.

“The three factors that made us bring the guidance down in the current quarter are, one, we just did not anticipate not getting the fight,” stated Murren.

“We didn’t know how impactful the Monte Carlo disruption would be. We felt that we could manage around it and we haven’t been able to.

“And we didn’t know exactly what it would take to basically re-launch Mandalay Bay. Those are on us. And that’s on me, I know better.”

MGM is carrying out a $550m overhaul of the Monte Carlo in partnership with Sydell Group, rebranding the property into the more upscale Park MGM.

“When it’s all said and done, we will have literally changed every square inch of the property, while keeping it open,” explained Murren.

“The disruption that we’ve seen there is fairly obvious and we completely underestimated the financial impact that that would cause.
“We’re going to continue to see that through the balance of this year until we finish the project.”

Things were looking rosier over in Macau. MGM China’s Q1 net revenues increased by 25 percent year on year to $596m, boosted by a $85m contribution from MGM Cotai which opened on 13 February.

The company’s operating income was $55m, down $20m on the prior year quarter, which MGM attributed to the impact of $51m in expenses due to MGM Cotai’s February opening.

“[MGM Cotai] has been very well-received and I think it exactly reflects the type of property that the Macau customer is looking for today,” Murren affirmed.

“Our mass volumes and our production levels are running better than we had expected and we’re seeing very healthy player sign ups. And …all of our non-gaming amenities have been incredibly well-received.”

Meanwhile, MGM’s original Macau property MGM Macau suffered no cannibalisation from the launch of its sister property, with revenue rising 7.4 percent to $510.8m.