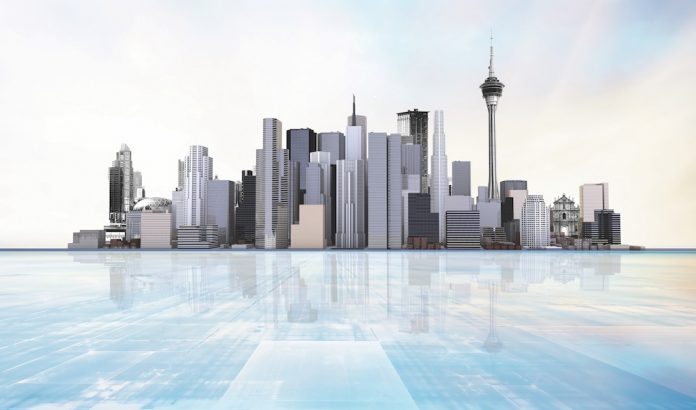 The MGS Entertainment Show is gearing up for its fifth showing with new aspirations. With China’s Belt and Road Project at the centre of its offering, MGS is aiming to open up this ambitious commercial programme to the world’s gaming community.

Visitor registration for the MGS Entertainment Show, which will be taking place at the Venetian Macao on November 14-16 2017, has opened to a positive response from the global gaming and technology industry.

Heading towards its fifth edition in the autumn, this unique of all international exhibitions has maintained its ambitions despite what has been a turbulent time for the entire Macau gaming industry.

Backed by multiple departments of the Macau government, owned by the gaming trade body MGEMA, and with a voice from Beijing’s central government sitting on the board, MGS certainly has an unusual DNA.

So, now the tide has turned on the fortunes of the world’s gaming capital, how is Macau’s relatively young show going to frame its agenda. Not surprisingly, using the words of a former US president, ‘it’s the economy stupid”. Or more accurately, China’s Belt and Road Project.

The man behind the exhibition, Jay Chun, the chief of Paradise Entertainment and LT Game, laid the plan out to Macau’s media recently.

“The show this year emphasises Macau’s favourable geographical location to connect the countries along the Belt & Road to major cities in China by promoting more diversified leisure and entertainment elements,” he explained. “With Macau being the trade and services platform between Chinese and Portuguese-speaking countries, we hope to attract visiting traders and businessmen both from Macau and abroad.”

This is clearly a timely direction for the MGS expo, the Macau trade association, and indeed the SAR of Macau itself. As investment in the 21st century Maritime Silk Road amps up, Macau’s centuries-old role in connecting China to the Lusosphere is becoming more important.

A city where East meets West, Macau is poised to benefit dramatically from economic diversification due to increased trade. Add to that, the Macau SAR government’s goal of diversifying its economy for greater sustainability, one will expect the MGS Entertainment Show to branch out to encompass areas from the broadest church of the gaming sector, making it attractive to businesses operating in other jurisdictions.

Hence the show’s strong emphasis on innovation in virtual reality, artificial intelligence, e-sports and social games. In this area, one can expect a definite pull from the gravitational forces of igaming, and equally enticingly, the growth area of AI which has been stirring the innovative juices on mainland China for sometime.

The show, it confirms, will be unveiling more in the coming weeks but one thing is certain, Macau is staking its claim as a key entry point on that new take on the old Silk Road.