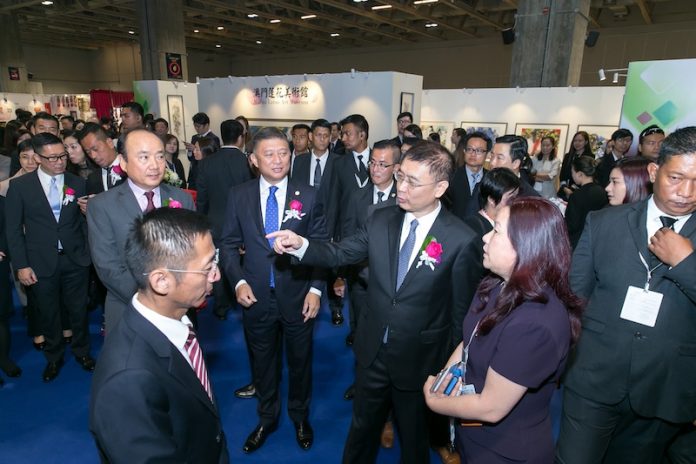 The MGS Entertainment Show, the fastest growing trade exhibition in the global gaming industry, has been awarded status as a ‘UFI Approved Event’.

The prestigious certification, bestowed by The Global Association of the Exhibition Industry (UFI) – the body representing the world’s exhibition organising sector, serves as a global stamp of authority for high quality and accurately audited exhibitions. As part of the process, UFI has also approved the admission of the Macau Gaming Equipment and Manufacturers Association, owners and organisers of MGS, into full membership of the international authority. The Asia-based expo will promote its new credentials throughout the build-up to its fifth edition which will be staged on 14-16 November 2017 at the Macao Venetian.

The UFI accreditation marks a significant step forward in the development of MGS which has a unique standing in the world’s exhibition arena. The show, together with its highly praised Summit, is organised by the industry trade association, owned by its 150 members and backed by the Macau SAR Government through sponsorships and department run programs. Last year also marked the first official role of the People’s Republic of China in an advisory capacity on the board of the MGEMA through the Economic Affairs Department of the PRC’s Liaison Office in Macau.

The 2016 edition marked another year of growth for the MGS exhibition bringing in over 170 exhibitors and circa 14,000 B2B visitors from more than 60 countries. The UFI approved status provides another significant boost to the exhibition’s development with the accreditation announcement reinforcing the show’s ambitions with UFI delivering “proof of high quality, providing exhibitors and visitors alike with the assurance of making a sound business investment.”

Commenting on their UFI certification, Jay Chun, MGEMA Chairman, explained: “We are delighted to have been recognised by the globally renowned UFI association and we are tremendously proud to feature our “UFI Approved Event” logo on the MGS Entertainment Show website. 2016 was a concerted year of growth and development for the exhibition – with a newly branded show, an increased focus on economic diversity, stronger working relationships with trade bodies and government representatives, and a wider range of international exposure than ever before – and this was reflected in a record-breaking event last November.”

He added: “As we approach the fifth edition of the MGS Entertainment Show, it’s encouraging to keep breaking new ground which supports our expansion, and our UFI certification definitely fits into that. MGS always aims to deliver something new with each edition of the show, and 2017 will see a focus on technology, AI and the innovation that not only drives the gaming industry forward but helps develop a more diversified leisure and entertainment offering to the market.”

The MGS Entertainment Show will stage its fifth edition on 14-16 November 2017 at the Venetian Macao.

This article was originally publised on www.betting-business.co