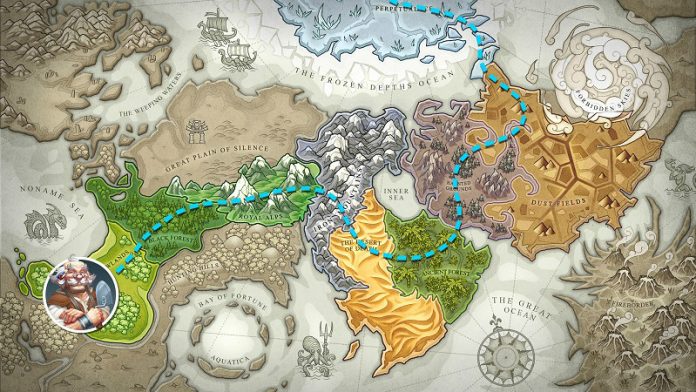 Microgaming building the future at ICE with the launch of Castle Builder II™.

[dropcap]M[/dropcap]icrogaming is celebrating the soon-to-be-released Castle Builder II at ICE 2017 at the Microgaming Bar (N5 – 120) on Thursday 9 February.

Sequel to the hugely popular Castle Builder online slot, which was nominated for EGR’s Game of the Year award in 2013 and successfully built a bridge between online gaming and social gamification, the company claims Castle Builder II is bigger and better, providing players with an entirely new world.

The game goes live to Microgaming and Quickfire operators on desktop and mobile in Q2 2017 and to celebrate, Microgaming has fully themed the Microgaming Bar (N5 – 120) on Day 3 of ICE Totally Gaming 2017, as Castle Builder II. In the centre of the bar, a giant sand castle is being constructed live throughout the day, representing one of the main castles that players can build in the game.

The game features a comprehensive achievement and cup challenges system where trophies can be earned, giving players continuous progression as they improve their avatars skill level.

The focus has been to extend the game life cycle and keep players engaged as they embark on an epic adventure.

Thomas Schleischitz, CEO and Founder of Rabcat, comments: “We have had great success with Castle Builder, launching the game to over 80 operators worldwide. The second instalment provides extended gameplay and high replay value by way of more kingdoms, more levels, and more achievements. By embracing the concept of unlocking content and continuous progression, the game encourages players to come back for more.”

David Reynolds, Games Publisher at Microgaming, adds: “We’ve been very excited about the launch of Castle Builder II, a game that is designed with gamification at the forefront and that successfully sends players on an adventure to build the finest of castles. With more characters, kingdoms and castles than its very popular predecessor, we anticipate this game to be a massive success. The focus has been to extend the game life cycle and keep players engaged as they embark on an epic adventure.”