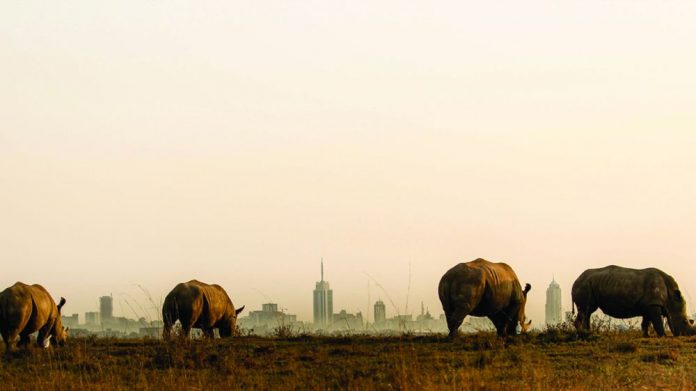 South African operator Millionaires Gaming has returned to Nairobi, Kenya to launch the largest casino in East and Central Africa – despite Kenyan President Uhuru Kenyatta’s call for an outright gambling ban in the country.

On 21 September 2013, the bubble of entertainment, relaxation and opportunity that Millionaire Casino created in Nairobi’s Westgate shopping mall was burst by a devastating four-day terror attack.

One of the worst acts of terrorism in Kenya since the bombing of the U.S. embassy in 1998, the assault on its venue spelled an end to Millionaires Gaming’s presence in Africa’s fourth largest city – that is, until 31 August.

Revealing a revamped Millionaires Casino-branded venue at the Two Rivers Mall, the operator has returned to reclaim its former glory as one of the best casinos in Kenya, and the largest in East and Central Africa. Attila Torok, regional operational manager of the company, said the new casino is set to create hundreds of job opportunities for Kenyan residents, as well as providing a high-quality gaming experience to Nairobi casino players. He added that Millionaire Gamings main objective has always been to offer an excellent gaming experience to its customers, and the return of the Millionaires Casino to Kenya would close a gap which has remained vacant for quite some time.

“The Casino returns to quench a thirst that has lasted for five years and specifically for players who want to have a Las Vegas kind of gaming experience, right within East Africa’s largest city, Nairobi,” said Torok. “It is a timely comeback since the countries need for job opportunities is growing. Millionaires Casino will create job opportunities for hundreds.

“Kenyans and foreigners will benefit from our consummate customer care service offered by our internationally trained staff. We are back because of customers non-stop demand.”

The return of Millionaires Gaming is expected to cause some turbulence in Nairobi’s gaming sector, intensifying competition in the capital city as operators battle it out to capture the loyalty of local player. To assist in this marketing war, Millionaires has joined forces with Capital Limited Group, an experienced promoter and event organiser in the region.

The operator will also be hoping to take advantage of the current clampdown on betting in Kenya, with the country’s regulator recently coming down hard on foreign companies by revoking licenses and deporting company directors. Much of the disagreement between operators and the regulator is over the enforcement of a 20 percent tax on gambling winnings. The regulator claims that this tax is levied on both the payout and the player’s original stake, while operators have argued that the tax is only on the payout. The Betting Control and Licensing Board claims it is owed a total of KES60.56bn ($586min) in unpaid taxes by 27 companies.

As a result of the dispute, Kenyan president Uhuru Kenyatta called upon the country’s lawmakers to pass a total ban on gambling in the country at the end of last month. Speaking at the 60th anniversary of the Christ is the Answer Ministries (CITAM) Church in Karen, Nairobi, he asked MPs to pass a constitutional amendment to end gambling once and for all in Kenya.

“We have this thing called gambling and it’s so bad, I alone can’t finish it – go change the constitution,” he said, before turning to the issue of taxation. “So long as they are operating within Kenya, and are guided by the laws of the land, they should give Caesar what belongs to Caesar.”

While several betting operators have resumed business since the government measures started in March, others have not. Betway resumed operation on 28 August after agreeing to pay the government, but SportPesa, which pulled all sponsorship from the country, remains closed for business in Kenya as September begins. Analysts predict the manner in which the crackdown was carried out has raised a large red flag to the international investment community, which will not be helped by the president’s most recent declarations.

The current level of disruption to the market, however, may work in Millionaires Gaming’s favour. Customers of the currently- closed operators will be on the lookout for new places to gamble, and the Millionaire Casino will present an attractive alternative to any displaced Kenyan bettors. That is, unless Kenyatta gets his way, and gambling is banned outright.