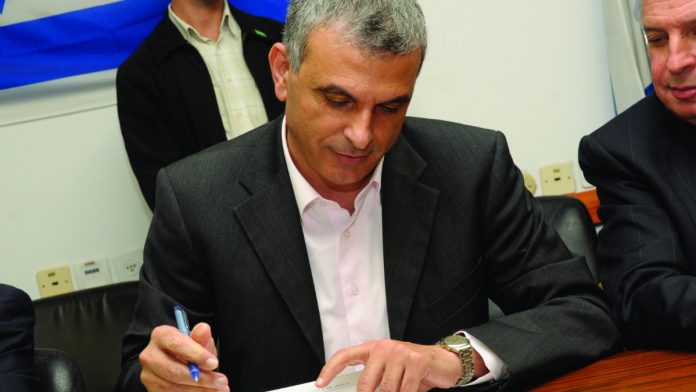 Division over the issue of gambling in Israel seemingly widened this month, after a government report recommended that slot machines and sports-betting should be banned across the breadth of the country.

[dropcap]T[/dropcap]he report, which was conducted by Israel’s Commission on Gambling Regulations, had the backing of both finance minister Moshe Kahlon (pictured) and justice ministry general director Emi Palmor.

In seeking to reduce gamblingrelated harm to vulnerable citizens, the CGR advocated for the removal all slot and video-poker devices currently operated by the state-owned lottery corporation Mifal HaPayis – alongside the cessation of all betting operations undertaken by the Israel Sports Betting Board.

In a joint press conference publicising the report’s findings, Kahlon said that any government proceed derived from gambling activity was “dirty money,” adding: “People need this money to buy food for their children.”

Kahlon is a member of incumbent prime minister Benjamin Netanyahu’s Likud party, but the two men have taken conflicting stances on the issue of Israeli casinos. Netanyahu has commissioned a number of initiatives over the past year exploring tourism-boosting prospects of passing localised legislation regulating casinos in the Red Sea resort-town of Eilat. But a recent comment by Kahlon was definitive in outlining his opposition to these plans.

“As long as I am finance minister, there will be no casino in Israel,” he said.

However Kahlon has come in for criticism in the Israeli press after an article in daily newspaper Haaretz revealed his close association with the Haifa regional agent for Mifal Hapayis.

Reuben Even-Tzur worked for the lottery from 2004 to 2014 and employed the minister’s son while in the role. Described as a ‘family friend’ he has also been a political campaign donor for Kahlon and the two were formerly partners in a realestate venture.

“Reuben Even-Tzur is a family friend who gave me a legal, personal donation, [our families] bought a plot together to jointly build the residential building in which I now live, certainly not for business purposes,” said a statement from Kahlon’s office. “My son indeed worked for Reuben in a temporary job when he was a student.”

Mifal Hapayis’ eight regional agents are responsible for sales promotions, field operations and setting up sales infrastructure, for which they receive a commission of between one and a half to two percent of lottery sales in their area, which can run up to millions of shekels annually.

Even-Tzur was also responsible for the slot machines in his area but did not win a renewal of his contract when it expired, 18 months ago.

He has since challenged this tender award in court, where adjudication is still ongoing. However Haaretz cites a claim by a figure in Mifal Payis that after he lost the renewal Even-Tzur made threatening statements to senior lottery officials, saying he could bring his political connections to bear.