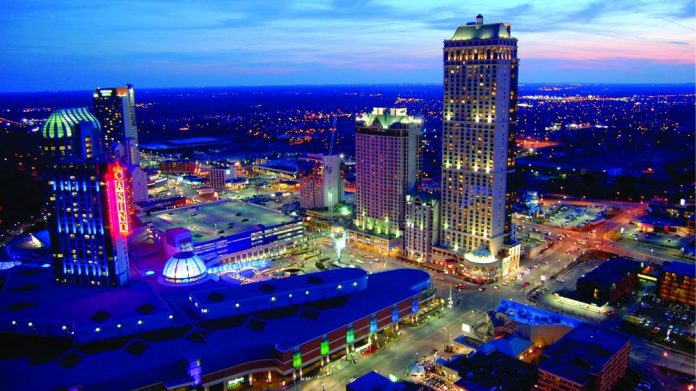 Mohegan Gaming and Entertainment’s Q1 2020 revenue was up by nearly a quarter thanks to its new contract in Canada and its Pennsylvania sports betting and online gambling operations.

The Connecticut headquartered company – which owns and/or manages casinos in several US states and in Ontario, Canada – reported net revenues of $399.1m during the period from 1 October to 31 December 2019, a 24.9 percent increase on the same quarter of the previous year.

Selected by Ontario Lottery and Gaming in September 2018, MGE has been operating in Niagara since June last year. The properties – Casino Niagara and Fallsview Casino Resort – generated $85m in net revenues during the quarter.

“Performance at our flagship property, Mohegan Sun, was strong due to better expense management and continued strong performance in non-gaming segments, highlighted by our recent hosting of the Miss America competition,” Kontomerkos said.

Mohegan Sun’s gaming and food-and-beverage revenues were down in the quarter but hotel and retail, entertainment and “other” were up. Labour and employee benefits costs decreased by $3m, the result of 210 fewer “full-time equivalent” employees.

MGE reported $9m in management and development fees, more than $8m of which came from ilani Resort Casino, which the company manages in Washington state. Alongside this, it also manages Resorts Casino Hotel in Atlantic City and Paragon Casino Resort in Marksville, Louisiana.

“Looking beyond the United States, construction is progressing on time and on budget in Korea,” where the firm is developing an integrated resort in Incheon, Kontomerkos stated.

“Finally, our expansion into Las Vegas took a large step forward …as MGE and our partner Virgin Hotels began the renovation of the future Virgin Hotels Las Vegas set to open in late 2020,” he added.

MGE announced last year that it would lease space in the former Hard Rock Hotel and Casino in Las Vegas, which is currently closed for the renovations and rebranding.