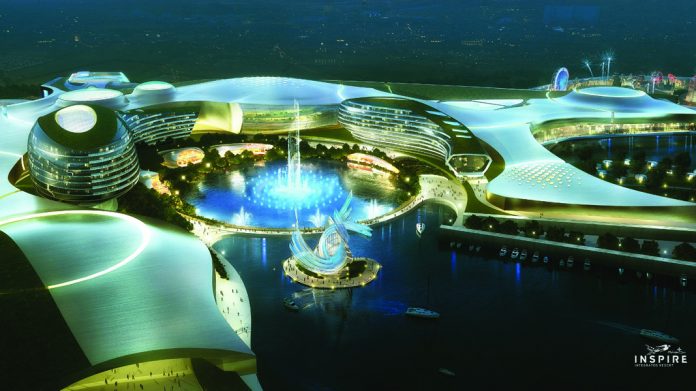 A consortium led by US casino operator Mohegan Sun has signed a land lease agreement with Incheon International Airport Corporation to build an integrated resort on Yeongjong Island in South Korea by 2020.

[dropcap]A[/dropcap]s previously reported in International Casino Review, Inspire Integrated Resort, a consortium by Mohegan Sun and South Korean chemical maker KCC Corporation, won a bid to build a $5.bn (E4.5bn) integrated resort in South Korea, with a gaming licence for the project being granted back in February.

After receiving the final go-ahead for this major new leisure and entertainment property, the Mohegan Tribal Gaming Authority, the Inspire Integrated Resort project’s majority partner, said the consortium plans a nearly $2bn (E1.8bn) phase one that will include a 1,350-room hotel; a 20,000sq.ft casino with 250 gaming tables and 1,500 slot machines; a theme park; and a 15,000-seat arena and convention centre.

Construction is expected to be complete by the end of 2019 with an opening in 2020.

“With the agreement, we have acquired the space to build the integrated resort,” Kang Yeonsop, who heads up the Inspire Integrated Resort, said during a signing ceremony on August 1. “We aim to build Northeast Asia’s largest integrated resort, which is expected to draw about 10 million tourists annually.”

Bobby Soper, the president of the Mohegan Tribal Gaming Authority, said the new project will help realise Incheon Airport’s “airport city concept” by drawing tourists from around the world with the world-class resort.