Speaking at the sixth Delphi Economic Forum, Mohegan Gaming and Entertainment’s interim CEO Ray Pineault said its Inspire Athens integrated resort, together with the wider Hellinikon mega-resort project, will be a game-changer for the region.

Construction of Mohegan Gaming and Entertainment’s new integrated resort in Athens, will be completed in 36 months, said the operator’s interim CEO Ray Pineault. The IR will be developed by Mohegan in partnership with local firm Gek Terna. 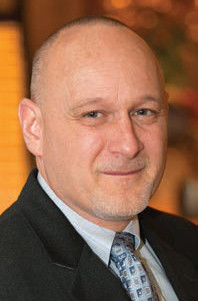 “The project will be inaugurated in 2025-26,” Pineaults stated, speaking at the sixth Delphi Economic Forum. “Ellinikon is a project that will change the region. It will attract many visitors on an annual basis and will bring a 10 percent increase in tourism in Attica.

The Steelman Partners-designed project, dubbed Inspire Athens, will include a 120,000 sqm luxury hotel with 3,450 beds. Industry commentators suggest this is equivalent to some 1,700 rooms. If this is the case, the new property would be the largest five-star hotel in Greece. The casino itself will cover 15,000 sqm, the maximum area allowed, and will include at least 120 gaming tables and 1,200 slot machines.

The consortium will also develop a 23,700 sqm conference and exhibition centre and a sports and cultural centre with a capacity for 10,500 people, able to host a range of events from concerts to football games.

“In addition, it will generate about 7,000 new jobs and will bring many millions of tax revenue to the Greek State,” Pineault added.

The IR forms part of the EUR8bn Hellinikon megaresort project, which will include additional hotels, along with residential space, a park, offices, shopping malls, cultural venues, and a marina.

“There will be a metropolitan pole of global appeal which… will showcase Athens as a tourist destination, a business hub and a spot of recreation in the wider Eastern Mediterranean region,” said finance minister Christos Staikouras said after Parliament ratified the contract for the Hellinikon in March.

Lamda Development, Greece’s largest property developer, won a government tender for the redevelopment of the former Ellinikon International Airport in 2014 but following years of delays has still to be handed control of the site. It is reported the transfer of shares is now due to be completed in July.

In a separate presentation at the Delphi Economic Forum, Lamda Development CEO Odisseas Athanasiou confirmed that Hellinikon’s first two projects will be licensed in the autumn, with the company inking deals for up to 500 projects in July.

Last summer demolition crews began work on the site, which is three times the size of Monaco. Athanasiou has previously stated that Lamda has secured EUR2.5bn to help finance construction.

The airport site, including disused runways, terminals and former Olympic venues, has sat abandoned for almost two decades. It closed its doors in 2001, and aside from being used by refugees until 2017, the land has been vacant ever since.

After prime minister Kyriakos Mitsotakis’s administration took power in 2019, it prioritised getting the stalled Hellinikon project moving again. It will form the centerpiece of the so-called Athens Riviera, the redevelopment of 50 miles of coastline that stretches from the port of Piraeus to the Temple of Poseidon at Cape Sounion.

Melco Cyprus, operator of the Cyprus Casinos (C2), is committed to becoming one of the biggest employers in Cyprus. The company currently employs around 700 people, the vast majority of whom are Cypriot citizens. This number is expected to reach 1,500 in the coming months. The firm’s new integrated resort, City of Dreams Mediterranean, is estimated to create some 4,000 local job opportunities during the construction phase, and approximately 2,500 permanent jobs once it opens.

The company held its fourth annual Open Career Day at the start of June and is due to launch is new Dealer School is expected to be launched this summer in Limassol. The new school will “provide successful dealer-position candidates with the opportunity to receive first-class paid training to develop the required skills for success,” the firm stated. “We consider our colleagues to be our most valued and important asset. We focus on choosing the best talent to serve our customers to provide standards of service that are second to none, and are committed to offering world-class quality training and talent nurturing opportunities for professional and personal growth,” said Emilios Rotsides, VP of human resources at Melco Cyprus. “As the operators of the first and only authorised casinos in the Republic of Cyprus, we are proud to provide opportunities that can help contribute to colleagues’ careers in the international entertainment industry.”