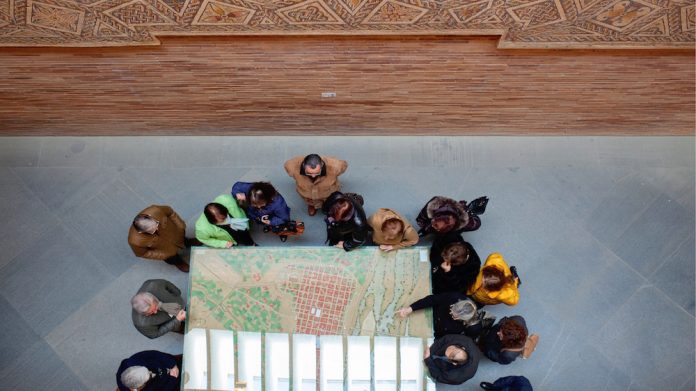 Legislators suggest that a new bill allowing for the creation of integrated resorts in Extremadura could be passed before 2019, while further details have emerged regarding a proposed casino resort project in Badajoz province, dubbed EuroDreamResort.

A new bill which could open the door for the creation of integrated resorts in the autonomous community of Extremadura in the southwest of Spain has been presented to legislators in the regional parliament.

The Extremaduran Law for Large Leisure Complexes (Ley Extremeña de Grandes Instalaciones de Ocio or Legio) was debated in a plenary session of the Assembly of Extremadura on 31 May. Partial amendments to the bill are scheduled to be debated in June.

The law was presented to the legislature by the centre-left Independent Socialists of Extremadura (SIEx) on 22 March, while the president of the Government of Extremadura, Guillermo Fernández Vara, has confirmed that there is at least one foreign investor interested in opening a resort complex in La Siberia in Badajoz province.

A dossier leaked to the local press, states that this project, dubbed EuroDreamResort, would be situated in Castilblanco and has been proposed by Triple Five WorldWide Group.

The development would include both a theme park and a water park, a formula one circuit, and an unspecified number of casinos, along with a shopping centre and exhibition space, an airport and a train station.

The development of the airport could be key to the overall success of the project.

“Extremadura’s location is quite remote from the main cities of Spain and it has no international airport,” explained Warwick Bartlett, CEO and founder of Global Betting and Gaming Consultancy (GBGC).

Legio stipulates that a resort project should cover at least a thousand hectares, include 3000 hotel rooms, and represent a minimum capital investment of a billion euros.

The casino portion of a resort development will be exempt from existing local licensing regulations, which require a public licence tender and allow only one casino per 500,000 inhabitants.

Valentín García, parliamentary spokesman for the Spanish Socialist Workers’ Party of Extremadura (Extremadura PSOE) stated that Legio could be approved before the Assembly is dissolved for the Spanish local elections in May 2019.

Álvaro Jaén, the secretary general for Podemos in Extremadura, has been vociferous in his criticism of the casino portion of the new legislation, and has stated that his party plans to present a partial amendments aiming to remove what he characterises as “the scandalous part” of Legio.

Meanwhile deputies for Partido Popular and Ciudadanos have taken a more moderate stance on the new measure, stating that they will be presenting amendments focused on ensuring legal certainty for investors and job creation.

Commentators have suggested that Legio could breach EU competition laws, privileging new casino developments by permitting them to pay a lower rate of tax compared to existing gaming operations in the region.

“We must be very clear that in terms of taxation we would be treating businesses which operate in the same sector differently,” Elena Manzano, a professor specialising in tax law at the University of Extremadura.
Casinos in the new resorts will pay a fixed tax rate of 15 percent, but up to 80 percent of this figure could be deducted – depending on the total amount invested and the range of facilities included in a project – a benefit not enjoyed by other gaming venues in Extremadura.

“The EU allows this type of state aid [to industries] in certain cases, such as in the case of a region which has a below average level of development or which has a high degree of unemployment,” Manzano clarified.

One of the arguments in favour of the new legislation is that it would generate employment at a time when the unemployment rate in Extremadura stands at 25.94 percent, with each resort project required to create at least 2000 jobs.

Opponents of Legio have highlighted that an integrated resort project has yet to get off the ground in Spain, citing the failure of EuroVegas and Live! Resorts Madrid Spain in the capital region, Gran Scala in Aragon, and Reino de Don Quijote in Castilla-La Mancha.

However this could be set to change, in late May, the Generalitat de Catalunya signed off on what looks set to be Spain’s first integrated resort project to make it off the drawing board, the €2bn Hard Rock Entertainment World development in Tarragona province.

“Spain is an ideal location for an integrated resort,” Bartlett stated.“They have the weather, the food and beverage at affordable prices and a workforce that understands the importance of tourism.”