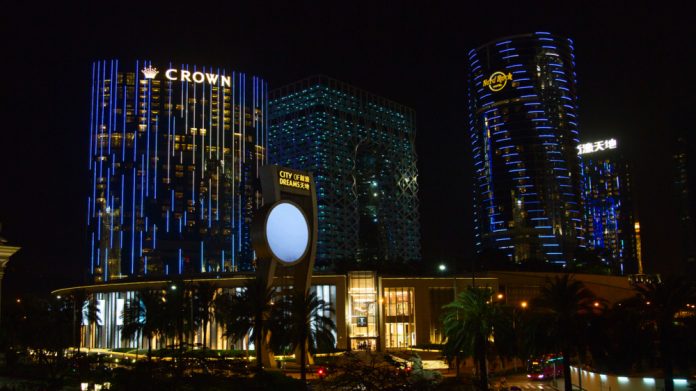 With the opening of Morpheus, Melco’s newest hotel on Cotai, scheduled for mid-June, the firm’s chairman and CEO, Lawrence Ho has underlined the company’s focus on the premium mass market.

There is a Confucian maxim which states, “harmonious while different”, that could be said to characterise the business philosophy of Melco Resorts and Entertainment chairman and CEO, Lawrence Ho Yau-lung. offering a greater range of non-gaming amenities, and this is reflected in Morpheus, part of the final phase of development for City Of Dreams, which is set to open on 15 June.

The Zaha Hadid-designed property, which Ho describes as “a love letter for Macau”, stands 160m tall with 39 floors, will offer 772 rooms, two Alain Ducasse restaurants and a bar, a fine dining Chinese restaurant, and a Pierre Hermé lounge.

“Morpheus is going to add around 800 rooms to City of Dreams which is a 1,400 rooms but even more importantly it targets the right customer base and for us our customer base, our bread and butter will always be five star premium mass and premium luxury customers,” Ho stated, speaking to CNBC.

In May, Ho announced that the $1.1bn property would not rely on casino junket operators to bring in VIP players. “It’s much better to develop your own database than rely on junkets,” he added.

Melco’s move away from what is a standard practice for casinos in the region, coincides with the Chinese government’s push to diversify away from gambling and increased scrutiny of junket patrons amid concerns over money laundering.

Ho has also kept his cards close to his chest regarding how many gaming tables his company has applied for at the new venue but has emphasised Melco’s commitment to the premium mass market.

“We’ve never been concerned about that [gaming tables],” he said, “City of Dreams is an integrated resort, and once guests are here, especially for casinos, they will know where to go.

“Morpheus is not VIP-focused, so we didn’t ask for VIP tables, it’s all mass, and that’s in line with the trend of the Macau government.

“We’re not an unreasonable, greedy company. We look at table-investment ratio …we asked for a corresponding ratio to our investment.”

Melco is among the front-runners for one of the three casino operating licences in Japan and during his keynote address at G2E Asia in May, Ho elaborated further on his belief in the potential of the Japanese market.

“To give you some sense of scale, you’d be able to fit almost 73 Macaus into the city of Tokyo alone. Our industry, tourism, accounts for about 10 percent of global GDP and employs about at tenth of the work force.

“But in Japan, the figure is down to 6.7 percent, it’s massively underutilised.

“A country with all the necessary communications and infrastructure already in place, no long bridges to build, and which tourists are knocking on Japan’s door? Yup, our Premium Mass Chinese.

“China contributed almost 60 percent of Japan’s inbound tourism growth over the last five years. And the numbers of Chinese outbound Premium travellers are forecast to go from 64 million today, to 120 million by 2025. Just in time, hopefully, for the opening of our first integrated resort in Japan.”

Ho has committed to moving Melco’s headquarters to Japan if the firm’s bid for an IR licence is successful, while the company is reportedly looking at Osaka and Yokohama as potential sites for a $10bn plus resort.