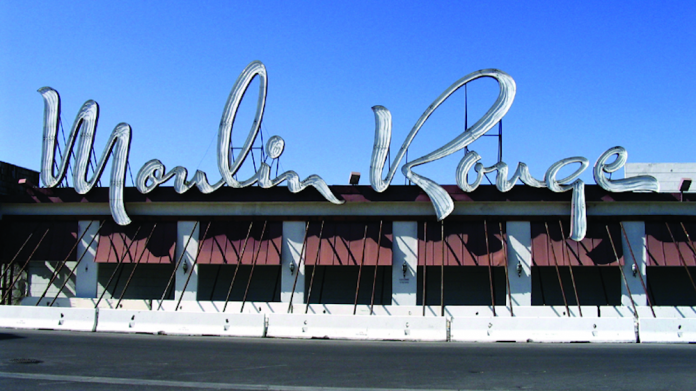 Moulin Rouge Casino, the first desegregated casino and hotel in Las Vegas, is to be saved from becoming a Clark County government office after a $9.5m bid for the historic venue was made by Las Vegas Moulin Rouge LLC.

The Bonanza Road property – which hosted the 1960 meeting desegregating the Strip and downtown – is set to form the central part of a $1.6bn, three-phase project, as plans to revive the city’s Westside get underway.

“When people see the Moulin Rouge is being developed, all around the world, people want to come to Las Vegas,” said Gene Collins, a principal within the firm and former NAACP local president. “It’s not a Westside thing, it’s an international thing.”

The site had previously been earmarked as a family services office by Clark County, with the local authority looking to purchase the derelict patch of land for $6.2m, however community members urged officials to reconsider applicants.

Should the new bid be accepted, Phase I will invest $400m in a new 400-room hotel and casino, featuring over 25,000 sq ft of gaming space. The hotel tower will incorporate two restaurants, 40,000 sq ft of convention space, and pool-side nightclub and sportsbook.

The landmark Moulin Rouge neon sign will be renovated, and a 1,200-seat showroom, 200-seat jazz center, and 5,000-square foot museum built as part of the complex.

Initial plans for Phase II and III include the purchase of additional property to expand the gaming floor, extending the retail and entertainment areas with a 12,000-seat arena, and a 15-storey office tower, all costing an estimated $1.2bn.

Company principal Scott Johnson stated an unnamed lender has already approved financing for the project, with the deal expected to be signed by 2 August, adding “I’m not necessarily looking for a legacy project, but this would be it.”