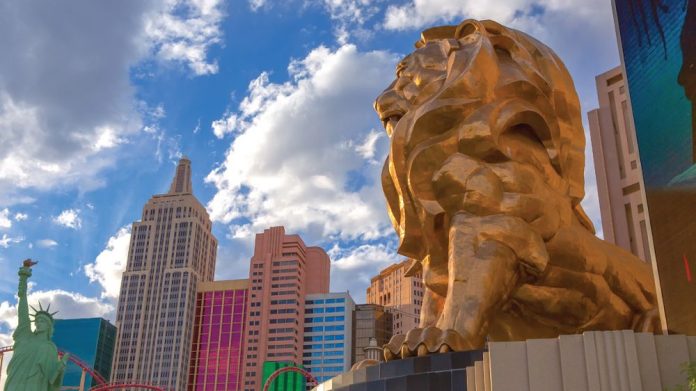 After 12 years at the helm and 22 years as an MGM Resorts International employee, CEO and chairman Jim Murren is stepping down before the end of his contract. As the operator looks to fill his shoes in 2020, it continues to wade through challenging conditions including a casino-closing global outbreak.

Jim Murren announced that he’s stepping down as MGM Resorts chairman and CEO during last month’s quarterly conference call, where the operator updated the market on Q4 earnings and the likely impact of Coronavirus. Murren said his departure from the company he joined as chief financial officer in 1998 was “not a decision made lightly”, adding that the company is well positioned with a strong balance sheet, “an efficient operating model, and a powerful strategic plan”.

“Our growth areas of sports betting, Japan and entertainment have never looked better,” he stated. “Our bench of management talent is deep. The company is strong and growing. In my 22 years with MGM Resorts, I’ve accomplished a lot, and I’m proud of the company it has become.”

In what may prove to be his last full year at MGM’s helm, Murren started 2019 with two major plans. The first was an “assetlight” strategy of selling its real estate and recycling capital into higher growth opportunities, with Bellagio and Circus Circus Las Vegas first to go for a combined $8.2bn in cash proceeds.

Last month, MGM completed the third sale of this strategy, with MGM Growth Properties and Blackstone Real Estate Income Trust acquiring the property for $4.6bn. All properties have been leased back to the operator.

The second plan was MGM 2020, a cost savings and revenue enhancement strategy that has seen more than 1000 employees laid off, while several long-time executives have taken early retirement buyouts. Together, Murren believes the plans will lead to better value for shareholders.

In the Q4 earnings report, MGM saw earnings per share (EPS) reach eight cents on revenue of $3.19 bn, which was lower than Wall Street estimates of 26 cents on the same revenue. “We are proud of the progress we made during 2019 as we took important steps to evolve our organization,” said Murren.

“However, our fourth quarter results were below our expectations, primarily due to lower than expected hold, weakness in Far East Baccarat, and certain one-time items. All other dimensions of our business in Las Vegas performed on or ahead of plan.

For full year 2019, we generated strong consolidated net revenue and Adjusted EBITDAR, which increased 10 percent and 6 percent, respectively, year over year. We are also executing on our stated MGM 2020 plan, which is realizing material cost savings and revenue enhancements and transforming the way we operate to position MGM Resorts for future growth and long-term value creation.

Finally, we were pleased to return more than $1.3 billion to shareholders in the form of dividends and buybacks in 2019.”

As shares dropped with Murren’s departure announcement, the fourth quarter results, and the impact of Coronavirus, MGM revised its $1.25bn stock buyback that was also announced in the quarterly conference, reducing it from between $29 and $34, to between $23.50 and $28.

In fact, the damage from Coronavirus has been enough to cause MGM to withdraw its 2020 financial targets, however CFO and treasurer of MGM Resorts is confident the storm will pass. “As a result of the increased volatility in our business due to coronavirus as well as the market-wide weakness in Far East Baccarat in Las Vegas, MGM Resorts believes it is appropriate to withdraw its fiscal 2020 full year financial targets. Our Macau casinos are currently closed,” said Corey Sanders, CFO and treasurer of MGM Resorts.

“While the coronavirus will clearly have a near-term impact to MGM China, we remain confident that it will not have a longterm impact on our business.” MGM still has big plans in the Far East, with Japan still a target while Murren awaits his successor.

He will continue to lead the company’s efforts in the country, and is scheduled to take a large delegation to Osaka in May to argue why MGM Resorts should earn the city’s integrated resort license.

This may prove easier than expected after Genting Singapore pulled out from the bid last month and the local government announced MGM was the clear frontrunner, although competitors officially have until June to get back in the race. While Murren may not be CEO by the time a Japan casino opens, he pledged that he’ll “probably be even more involved in the Japan project as time goes by”.

At the end of the call, Murren, reiterated that he’s “not going anywhere soon”, and that he expected to be on the next conference call in three months. Asked “why now?” during the question and answer session, he answered: “After 12 years, especially, after the last couple of years, we’ve really changed the dynamic of this company,” Murren said during the conference call’s question-and-answer session.

“The company has never been in a better position. When I thought through how I could best serve MGM going forward, I thought it was pretty clear that a leader should help lead a company into the next decade or two.”