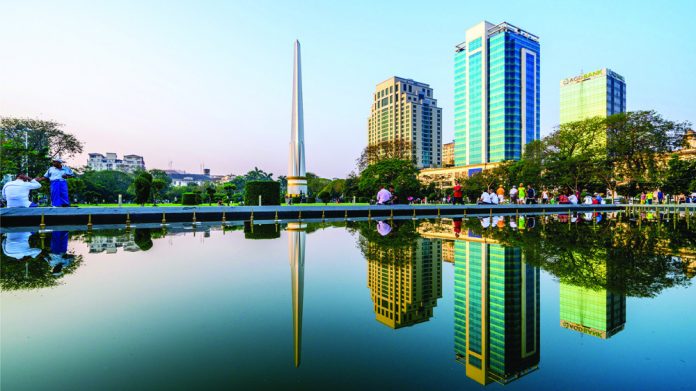 Following the April recess, Myanmar’s government aims to introduce new casino legislation which will legalise and regulate the country’s land-based market this May. However, it remains unclear if the new law will apply to the self-administered zones on the border.

Myanmar’s land-based casino market is set to open with the enactment of the country’s new 2018 Gambling Law in May, which will replacing the existing 1986 legislation.

The new law, which includes recommendations from president U Win Myint, is now in the process of being approved in the country’s parliament following a break in April.

The updated law was drafted in 2017, following a requested from the Ministry of Hotels and Tourism to the Ministry of Home Affairs to allow casinos to operate as a service industry for foreigners in selected hotels.

The new legislation was then jointly drafted by the Ministry for Union Government Office and the Ministry of Home Affairs, with a focus on boosting both tourism and raising addition tax revenue.

At present, Myanmar and Thailand are the only two southeast Asian nations not to have legalised casinos. “We are left behind as most of our neighbours have casinos. If the casino operators don’t come here, they will go to other countries,” said House of Representatives MP U Aung Hlaing Win.

While casinos are not officially permitted in Myanmar, some already operate in border areas such as Taninthayi and Myawaddy, and in the Wa and Kokant self-administered zones.

“We can no longer ignore the illegal casinos operating at the border. We need to legalise casinos in the country and set rules and regulations to make operations systematic. The new industry will also help with tax revenues. We managed to draft the regulations and Hluttaw needs to approve it,” said Myat Nyarna Soe, secretary of the Assembly of the Union’s Joint Bill Committee.

Only foreigners will be permitted to gamble in the new casinos, while passport identification will be required to gain entry. The rate of tax for the new venues will be established in the Union Tax Law which is revised each year.

“In the international community, such as in Singapore, the government targets foreigners and receives tax revenues from the casino as well as on each round of gambling. If casinos are permitted in Myanmar as soon as possible, the country’s tax revenue will increase,” U Aung Hlaing Win continued.

Despite this, it remains unclear if the new law will apply to the self-administered areas along the country’s border.

“Now, there are illegal casinos at the border areas. Because they are illegal, there is nothing is left for the country and no security either. Crimes can happen. If they are regulated by laws, border tourism will increase,” said Myanmar Tourism Business Association chair U Thet Lwin Toe.

“For example, there are casinos in Kokang self-administered zone. They have no restrictions. I think their government gets taxes to some extent as it is being done after obtaining peace between ethnic armed groups and the leaders. As they are self-administered, union laws cannot apply to them. There are casinos in some areas controlled by ethnic armed groups. They are not permitted by us,” he clarified.