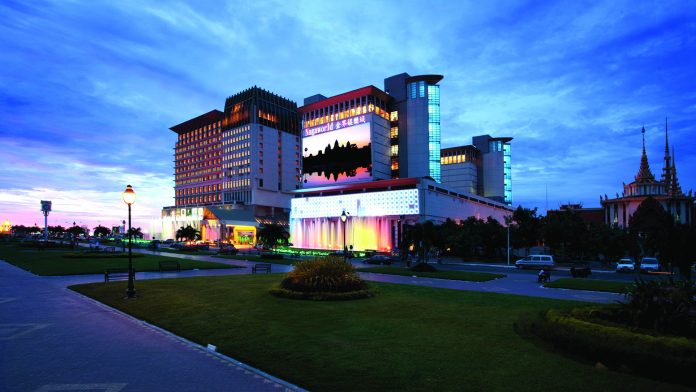 Naga World, which has been granted monopoly status to operate anywhere in or around the Cambodian capital of Phnom Penh, is fast becoming a challenger to Macau in drawing a particular breed of VIP.

[dropcap]T[/dropcap]he casino, run by the Hong Kong-listed owner, Naga Corp, is routinely outperforming rivals in the former Portuguese colony, reporting a 24 percent year-on-year increase in net profit in the first half of 2016 to $125.2m, with gross gaming revenue up 10 percent to $227m.

Naga World’s annual profit has risen from $44m in 2010 to $173m in 2015; the company’s stock price has more than doubled in the last five years to HK$4.30 as of early December. While the cash sums don’t touch those in Macau, by a long way, its sustained growth streak is unparalleled.

Company executives from NagaCorp openly claim that their business growth is a direct consequence of the casino tapping into the now “underserviced” market from the mainland China, and particularly, in wooing the what they call: the ”poor man’s VIP.”

The company has been achieving this by working with the Cambodian government, Chinese travel agents and the Cambodian airline Bassaka Air, to pry away those upper middle class players reluctant to play in Macau.

Naga’s success in doing so has undoubtedly been galvanised by a 70-year exclusivity deal with the Kymer state, an agreement that prohibits competitors from operating within a vast 200-kilometer radius of the city centre.

Subsequently, the operator has announced plans for a second substantial complex, named “Naga 2”; a project which includes an additional 200-300 gaming tables and more than 1,000 hotel rooms. Naga 2 is expected to open next year.

In November, NagaCorp’s chairman Timothy McNally announced plans for a Naga 3, complete with more hotel facilities and possibly a theme park. And only recently confirmed aspirations for a gaming resort in Vladivostok, Russia, by 2018.

The company also bidded for rights to operate in Cyprus before pulling out stating only it was in the company’s “best interests.”

There appears to be no fly in the Cambodian ointment for Naga. There is currently no tax rate for casinos in the country; Naga reportedly paid a bilaterally-agreed two percent this year. The government is now finalising a gaming regulation bill, but the new rate is expected to be set at only around four percent.