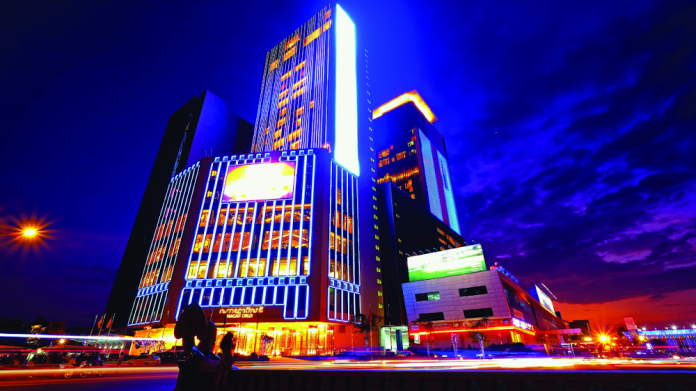 While NagaCorp is considering a Japan IR licence bid and is on track to open the first phase of its Russian casino resort Naga Vladivostok in Q2 2020, the company’s primary focus on is the third phase of its NagaWorld property in the Cambodian capital.

Hong Kong-listed casino operator NagaCorp is considering new development opportunities, while the company is pressing forward with the construction of a second casino resort in Russia’s Primorye gaming zone and the third phase of its NagaWorld IR.

NagaCorp is “in a position to take a look” at new opportunities and is considering making a bid for one of Japan’s three new IR licences, the firm’s chairman Tim McNally explained.

“We’ve been in Japan and in many other places, and while we have to be mindful of our investments, by the same token we have the type of profile now and relationships with financial institutions where we are in a position to take a look at fresh opportunities,” he said.

The company recently participated in the Kyushu-Nagsaki IR Business Connect, a seminar on casino investment which took place in Sasebo in late June.

Speaking at the event, the governor of Nagasaki, Hodo Nakamura, indicated that a 30-hectare (74.1-acre) plot of land at the Huis Ten Bosch amusement park could serve as the site an IR development.

“We’re still very much evaluating in the area for our options and opportunities,” said Adam Steinberg, advisor to NagaCorp’s founder and CEO Chen Lip Keong, clarifying that the company has not yet “started the design process” for its Japan bid. “It’s going to change over time,” he added.

Alongside this, McNally reported that construction of the firm’s Russian IR, Naga Vladivostok, in the Primorsky Krai Integrated Entertainment Zone “is moving at a good pace right now” and is on track for a 2020 opening.

“The date we are talking about now is approximately the second quarter next year,” he stated. “It’s a new challenge, a different experience in terms of operating environment but we’ll have a similar approach as we did in Cambodia.”

The first phase of the property will feature a 279-room hotel, a casino, and a 21,500 sq ft multi-purpose space, while plans for phase II include an outdoor pool and water park.

However, NagaCorp’s primary focus is currently the third development phase of its NagaWorld casino resort in Phnom Penh.

The company holds a 70-year licence for land-based casino gaming in the Cambodian capital until 2065, along with a 41-year gaming monopoly – due to end in 2035 – for activities within a 200km (124-mi) radius of the city.

“Our monopoly as it currently exists goes to 2035. We have an appreciation for the time that we have, and we need to maximise our opportunity,” McNally affirmed. “The decision for Naga 3 is tied to maximising our monopoly licence but also to what we’ve seen evolve and develop in the country.”

This April, NagaCorp said it expected to invest $3.5bn in Naga 3, which will see the addition of 4,720 hotel rooms to the complex, along up to 800 gaming tables, and 2,500 electronic gaming machines.

Chen has reportedly stated that he will fund around half of the cost of Naga 3, which will also feature an indoor “digital theme park” and meetings and conventions space.

“The basic framework is done for the financing of Naga 3,” McNally confirmed. “We’re pretty confident that this decision is going to serve us well. It demonstrates a lot of confidence and commitment from Dr Chen both in the company and our growth potential.”

In the 2018 financial year, NagaCorp posted a 53 percent increase in net profit, which rose to $390.6m. The growth was powered by a 55 percent jump in GGR which increased to around $1.43bn, the company reported in February.