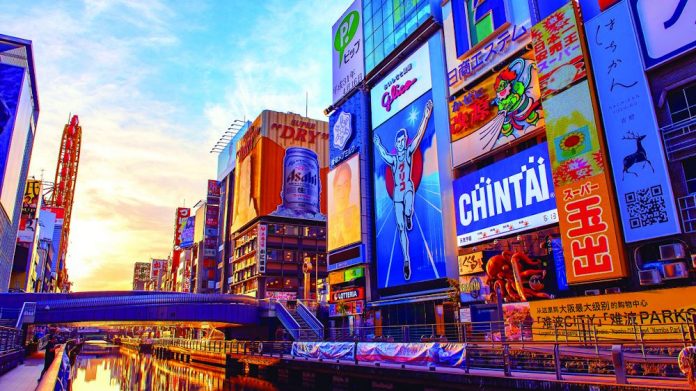 Nagasaki launched its RFC phase at the start of October, while Hirofumi Yoshimura, the governor of Osaka stated the prefecture would launch its RFP phase before the end of this year, and Hokkaido is still weighing up whether to make an IR bid.

The Nagasaki/Sasebo IR Promotion Council launched its request-for-concept (RFC) phase at the start of October to develop an integrated resort at Sasebo’s Huis Ten Bosch theme park. “Participation in this RFC [process] is not a condition for participation in the RFP [request for proposal phase],” Nagasaki government officials clarified, while the RFC is due to close on 22 November.

Back in July, regional government representatives said the prefecture aims to open an IR by 2025, the same time frame put forward by Osaka.

Nagasaki has set the development budget for an IR at between JPY320bn ($3bn) and JPY550bn ($5.1bn), while NagaCorp, South Africa’s Peermont Global and Casinos Austria are among the operators to have expressed an interest.

Moving east to Osaka, USbased MGM Resorts International estimates it could start work on a casino resort in the city by 2021, Sanford C.

Speaking in early September, Hirofumi Yoshimura, the governor of Osaka stated the prefecture would launch a request-for-proposal (RFP) phase before the end of this year.

“The Japan market should be structurally similar to Singapore and MGM is expecting a return on investment of up to 20 percent,” based on total capital cost of approximately $10bn,” Bernstein’s note continued.

“Currently, there are only three companies that are in the running for Osaka: MGM, Genting Singapore and Galaxy. MGM believes its strong local partnership with Orix Corp will give [it] …an edge over [its] …competitors,” the analysts added.

MGM is likely now the front-runner for selection as private-sector partner to Osaka, an analyst for Fitch Ratings said in late September.

“The exit of Las Vegas Sands and Melco from Osaka certainly increases the probability that the MGM/Orix consortium, which was already a strong contender, wins the RFP there,” said Fitch analyst Alex Bumazhny.

“However, a handful of other operators that have not pulled out [of Osaka] yet, such as Genting and Wynn, also have a decent chance.

“Our sense is that whatever ends up being built [in Osaka] will be world class and will be the maximum investment the winning operator could make before jeopardising their return on investment thresholds,” he continued.

“None of the major public operators that are left in the race are known for underinvesting when looking at their recent portfolios, and all have solid financial profiles as well as development and operating experience.”

In mid-September, Melco Resorts confirmed it would adopt a “Yokohama First” policy, ending its interest in Osaka as a potential IR location.

“The incredible team of experts and talents we have assembled will focus on bringing to Yokohama the best IR the world has ever seen,” said Melco’s chairman and CEO Lawrence Ho.

“Our team is well-positioned to contribute to Yokohama’s future and to support the community in its ambition to become a global tourism destination. This is a commitment to the city, our partners, and the community there.”

Meanwhile, at the start of October, Hokkaido governor Naomichi Suzuki said the prefecture will make a decision “within the year” on whether to make an IR bid, while Tomakomai city has been put forward as a likely site for an IR on the northernmost of Japan’s main islands.

Architecture firm Skidmore, Owings and Merrill – the company behind Dubai’s Burj Khalifa and New York’s One World Trade Center – and landscape architecture and design firm Takano Landscape Planning will work on the research and conceptual development of the project, the company stated.

“By selecting these design firms known for their commitment to innovation and sustainability, we’re another step closer to achieving our ambition of creating a thoughtful destination that will deliver a lasting positive impact on the local community in Hokkaido,” said Rush Street co-founder and chairman Neil Bluhm.