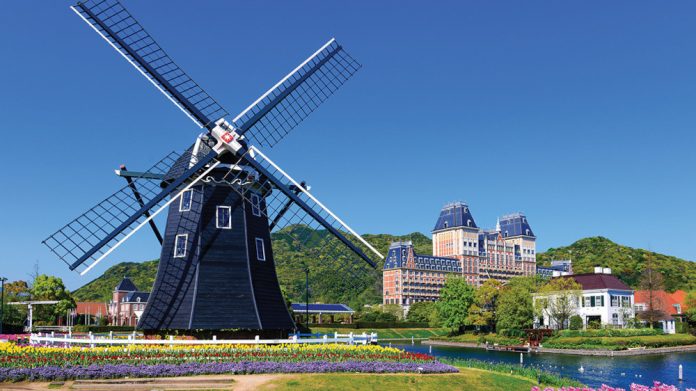 The RFP process is a necessary step for the prefecture to identify a private sector partner, ahead of making a bid for one of Japan’s first three integrated resort licences. And Nagasaki still has skin in the game.

Nagasaki held its delayed request-for-proposal (RFP) process in January, a necessary step for the prefecture to make a bid for one of Japan’s first three integrated resort licences.

The deadline for submitting application documents closed on 28 January, with a private-sector partner for an IR application to be chosen by “summer – autumn” this year.

If the prefecture is successful in its bid, the new resort will open in the “mid-to-late-2020s,” according to a memo released by Nagasaki’s Integrated Resort Promotion Division.

“Nagasaki prefecture will continue to proceed with integrity and provide updates on the IR operator selection process,” said an unnamed official, speaking to the gaming media.

It is anticipated the “first round selection results” will be announced this March, narrowing the number of potential candidates to three.

Prior to the launch of Nagasaki’s RFP, a local newspaper reported that “at least three” foreign casino resort operators planned to participate the process.

They join Japan’s Current Corp, Casinos Austria International, and Hong Kong-listed Oshidori International Holdings, who each announced their intention to participate prior to the coronavirus pandemic, and Pixel Companyz in collaboration with Groupe Partouche.

The identities of the three new candidates have not been publicly revealed, but it is believed that two are US-based companies with the third headquartered in Asia. All three already operate IRs, are said to be “mid-sized” and have previously expressed interest in other locations in Japan.

Nagasaki previously took the decision to postpone its RFP process back in September, citing the disruption caused by COVID-19.

Representing the wider Kyushu region, the prefecture has proposed a 31- hectare (76.6-acre) site at the Huis Ten Bosch theme park in Sasebo city as a location for an IR.

Along with Nagasaki, Osaka, Yokohama and Wakayama have publicly expressed their intent to bid for an IR.

Tokyo will “continue considering whether to apply” to host an integrated resort, stated Yuriko Koike, the capital’s governor, following the release of the Liberal Democratic Party (LDP)-led government’s national Basic Policy on IRs in December.

The Japanese government confirmed the policy – which was mostly the same as a draft published in October – on 18 December.

The government will now accept applications for IRs from regional administrations between 1 October 2021 and 28 April 2022 – around a nine-month delay on the previously announced timetable.

“The tax proposals related to integrated resorts are for financial year 2022, not financial year 2021,” the institution clarified. Nevertheless, it stated that their inclusion gives “some idea of the direction of travel”.

The banking group noted that the tax proposals form part of a raft of economic stimulus measures which have been dubbed “Suganomics”, after prime minister Yoshihide Suga, the recently-installed successor to Shinzo Abe.

“This is an indication that, although the debate about integrated resorts has gone quiet because of the pandemic, the government is still intent on making them a reality,” the memo added.

On 5 January, the Hong Kong-listed company confirmed it will develop non-gaming resorts on both Miyako Island, Okinawa and Niseko, Hokkaido. Primarily targeting Japanese and Korean travellers, the Hokkaido project is described as a “luxury resort” serving one of the world’s most popular skiing regions. “With development plans in the works in 2021, the project will cover an area of approximately 20 hectares, combining the natural beauty of Niseko and convenient leisure amenities,” Suncity said.

The Okinawa project will include 100 hotel rooms and 40 private villas with their own pool, while construction is scheduled to begin this year and be completed in 2023. The development follows Suncity’s purchase of a majority stake in a plot of land in Okinawa in September 2019. The company explained “that with (i) the continued increase in Chinese visitors travelling to Japan and (ii) the newly operated direct flights to the Shimojishima Airport, the acquisition represents a good opportunity to further expand its tourism-related business and to diversify its focus, in terms of geographical locations, from China to the East Asia region”.