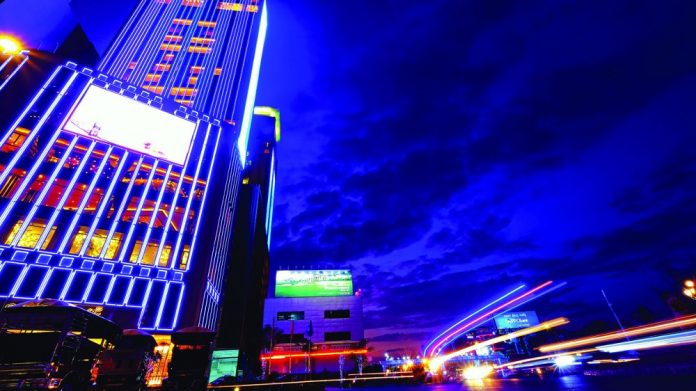 The casino complex in the Cambodian capital Phnom Penh reported GGR of nearly $1.29bn in the first nine months of the year, while the property’s operator NagaCorp is currently in the process of selecting a contractor to carry out piling work for its forthcoming Naga 3 expansion.

Preliminary figures from Cambodian casino operator NagaCorp show that its NagaWorld casino complex in the capital Phnom Penh recorded GGR of nearly $1.29bn in the first nine months of the year.

The figure represents a 20.2 percent rise on the prior year period, the Hong Kong-listed company said in a filing on 2 October.

NagaCorp added that it had recorded net gaming revenue of $616.3m for the nine months ended 30 September, an increase of 28.5 percent year-on-year.

NagaWorld – now referred to as Naga 1 – opened its doors in December 2006, with the second phase of the property, Naga 2, launching in November 2017.

“The financial results for the nine months ended September 30, 2019 show that the group continues its journey of growth,” said NagaCorp in the filing.

The company said mass-market table buy-ins rose by 37.9 percent to $1.22bn during the period, while the bills in tally for its electronic gaming machines was up by 27.9 percent to $2.05bn. Rolling chip turnover increased by 35.3 percent to almost $33.87bn in the VIP table games segment.

“The increase in VIP business volume was driven by the continued influx of business visitation, tourists and increased footfall to Naga- World Complex, in particular Naga 2 where there has been customer demand for higher table limits,” the firm added.

The filing also offered further details regarding its Naga 3 expansion. The third development phase of NagaWorld will include both gaming and non-gaming elements and will comprise of two 66- storey hotels, two 45-storey hotels, a 48-storey condominium hotel, a three-level basement and an 11-level multi-entertainment podium.

Back in April, NagaCorp said it expected to invest $3.5bn in Naga 3, which will see the addition of 4,720 hotel rooms to the complex, along up to 800 gaming tables, and 2,500 electronic gaming machines.

The company said it has “started soil tests” for Naga 3 and is in the process of selecting “suitably qualified regional piling contractors”, while piling works are “expected to last between 18 to 24 months.”

Alongside the expansion plans, NagaCorp also said planned refurbishment of 500 hotel rooms at Naga 1 was proceeding “smoothly without much interruption” to operations during the first nine months of 2019.

“It is anticipated that the Naga 1 upgrade project shall be completed with savings” based what was originally budget for, the company stated. “It is expected that its completion shall contribute positively to the quality, standard and comfort of Naga 1 and hence business of the group.”

In a note at the start of October, Union Gaming Securities Asia observed that the NagaCorp’s Phnom Penh casino market monopoly is “insulated” from “the volatility associated with China”.

This volatility is a reference to an ongoing “proxy betting/online crackdown” by the Chinese authorities targeting gaming operations across the Asia-Pacific region which cater to Chinese players.

The brokerage reported that this has led to a “decline” in business at some other “bricks-and-mortar” casinos in the region. Such insulation was “driven in part by the close relationship” between China and Cambodia, the note added.

“We view the high-margin mass table business [at NagaCorp] as having the most visibility given the close relationship between China and Cambodia (this also gives some comfort with respect to continued VIP out-performance relative to regional peers),” wrote Union Gaming analysts Grant Govertsen and John DeCree.

In a note, CGS-CIMB analyst Michael Ting said that due to Cambodia experiencing “increased business-related travel from China”‘; “reduced scrutiny on capital control measures versus Macau”; and the fact the company is able to offer “higher junket commissions,” the brokerage expected “NagaCorp’s VIP segment to continue to outperform Macau”.

NagaCorp can offer junket operators higher commissions compared to operators in Macau as its Cambodian operations are not subject to a direct tax on GGR, while Macau’s 39-percent effective tax on GGR is said to be the highest in the Asia-Pacific region.

“NagaCorp’s VIP revenue base is more defensive and diversified with only circa 50 percent of volume from Greater China,” Ting added.