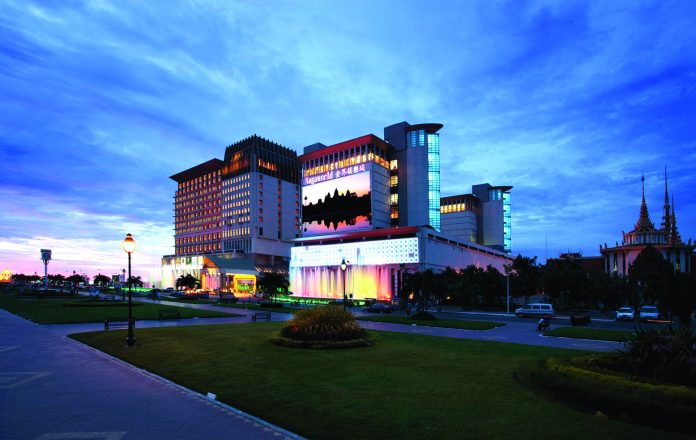 Hong Kong-listed casino operator NagaCorp is likely to open an extension to its flagship Cambodian casino in October, according to recent comments by Tim McNally, the company’s chairman.

The TSCLK Complex – also known as Naga2 – is attached to NagaWorld, a casino property located in the Cambodian capital, Phnom Penh.

In a filing on 10 July, Naga Corp stated that the property was undergoing fit-out and was expected to be operational in the fourth quarter of 2017.

Naga2 will be connected to the company’s existing property via an underground shopping mall called NagaCity Walk, which opened in August 2016.

“The group believes that the opening of Naga2 with provision of ancillary entertainment facilities will enhance NagaWorld’s appeal to both the mass market and VIP market across the region and further cement NagaWorld as the entertainment centre in Mekong region,” NagaCorp stated in the filing.

Naga2 will feature gaming facilities with capacity for up to 300 tables and 500 slot machines and will also include 38 VIP rooms, along with additional accommodation capacity. #

“Looking further ahead, and in the context of having 850 new hotel rooms at Naga2, we expect the company to embark on a wholesale (and much needed) refresh of NagaWorld’s hotel rooms and public spaces,” Union Gaming Securities Asia analyst Grant Govertsen stated in a note on 11 July.

He added that Naga2 would likely benefit from the increased number of visitors from China along with improved air connectivity between the China and Cambodia.

According to a report in the Phnom Penh Post newspaper, NagaCorp might have to pay an additional $16.6m in non-gaming taxes this year related to the operation of NagaWorld. The news comes in the wake of an audit of the property by the Cambodian government to assess its tax liabilities on non-gaming operations.

“From now on and for every year we will make NagaWorldpay at least $16m on their non-gaming operations,” said RosPhirun, deputy director of the finance industry department at the Ministry of Economy and Finance.

“There is no longer any excuse for a company that is this profitable.”