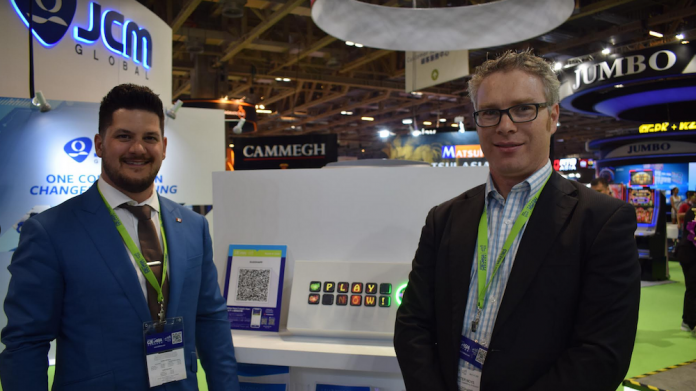 Exhibiting on Suzohapp’s stand at the show, Nanoptix’s Global Director of Sales and Marketing, Rejean Belliveau, suggests that the company’s Paycheck NextGen TITO printer is set to see in a new era of ‘connectivity and capability’.

We’re highlighting two key products at G2E Asia. Paycheck NextGen is the newest and greatest TITO printer we have, it utilises a PC based infrastructure allowing a lot more connectivity and development on the system side, along with different things that the casinos want to see, like couponing and network downloading.

The first printer with an anti-jamming paper path, media connection, built-in network capability, USB hosts and slave ports, and an anti-spillage feature, the Paycheck NextGen offers unparalleled speed and can print a ticket in less than a second.

Leveraging the power and uniqueness of the Paycheck NextGen printer, we took that ingenuity and created a Linux based terminal, the PayCheck Terminal/Kiosk, for gaming, lottery and retail applications. It’s the world’s first Kiosk terminal powered by a TITO printer.

We’ve incorporated a touchscreen, and we’ve added a card reader as well as a barcode scanner, enabling it to be used as a desktop unit for cages, as a self-service kiosk for player registration, or for different types of sports betting.

From a systems standpoint, for companies looking at developing different applications, this is the hardware that can bring that vision to fruition.

This is the first time we’ve exhibited at G2E Asia in a few years, and with a global partner like Suzohapp we’re very excited because – especially with Peter Noye’s team including the Macau/Hong Kong team – it offers us more coverage than we’ve ever had in this part of the world.

Looking ahead, we have a lot more product in the pipeline for G2E Las Vegas in October, and we expect the NextGen board to start appearing in other product lines, inaugurating a new level of connectivity and capability and setting the standard for years to come.