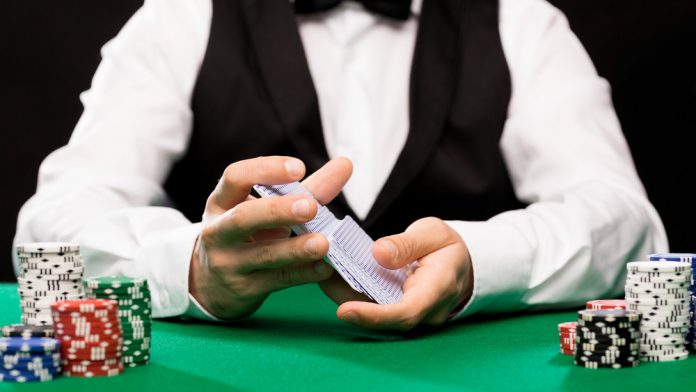 The National Casino Forum has launched the 2018 edition of the Dealer of the Year competition to find the UK’s top croupier.

The UK Dealer Championships will see judges test dealers’ technical skill, game control and hospitality in a competition hosted by Caesars Entertainment at the Sportsman Casino in London on 27 February.

“The UK Dealer Championships will showcase the wonderful talent we have in this country,” said Tracy Damestani, CEO of the National Casino Forum.

“A good croupier brings a sense of occasion to the casino floor and it is a great career opportunity for anyone looking to enter the industry.”

Up to 18 dealers are expected to take part in the competition, which will also award prizes for the Best Chipper, Pusher and Stacker and the dealer demonstrating the greatest maths skill.

After the UK title has been announced, the overall winner and first runner-up will go on to represent the country at the European Dealer Championship in Montenegro from 7 to the 9 May, 2018.

Launched in 2007 by the European Casino Association, the EDC is one of the premier events in the gaming calendar, which last year brought together 33 participants from 20 European countries, overseen by 31 competition judges.

The 2018 UK Dealer of the Yearwilltakeplaceaspartofa partnership between the NCF and the European Casino Association, organised by gaming events specialist Clarion Gaming, whose gaming division managing director Kate Chambers praised the competition as a “blue riband event.”

Taking place at Caesar Entertainment’s Sportsman Casino in Marylebone, London, the extensive competition programme will take place over eight hours of events designed to test dealers’ skills, beginning at 10am, with the champion crowned in an afternoon ceremony.

“We are very proud to be hosting the championships at our Sportsman Casino in London,” said Sarah Robinson, head of group marketing at Caesars Entertainment EMEA.

“We are looking forward to a great day of competition and hope to see plenty of support for all the dealers taking part.