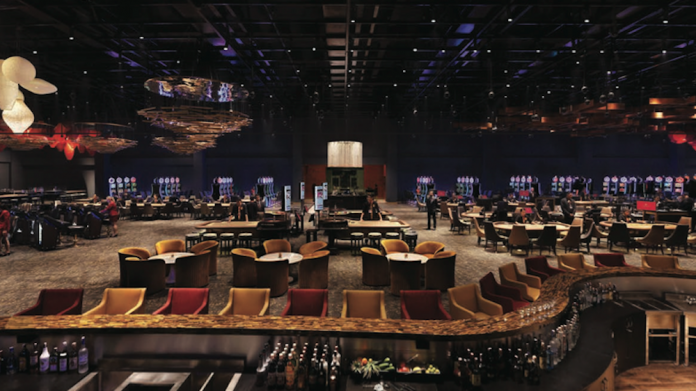 Brett Model, general manager of Tiger Palace Resort in Nepal reports that the property – operated by Australian- listed Silver Heritage – received visits from more than 100,000 Indian nationals last year, while the venue expects a further boost to footfall once the international terminal at Bhairahawa Airport opens in H2 2019. Speaking to Casino Review, he confirms that a year in, the ramp of Tiger Palace’s gaming operations is going well, while planning for the property’s second phase is already under way.

Casino Review: Tiger Palace Resort is primarily India-facing in terms of its clientele, which states do you draw the majority of your visitors from and what kind of customer demographics are you seeing?

Brett Model: We attracted visitation of more than 100,000 Indian nationals during 2018, and those being from more than
25 different states in India including Delhi, Goa, Sikkim, West Bengal, and Maharastra. The most populous state in India also happens to be our bordering state namely Uttar Pradesh and it is from there that we have the highest visitation in actual numbers of players. We also registered over 20,000 cars and buses from Indian states in that time.
Whilst India is the most proximate market, we have had many guests from China (second highest after India) as well as Thailand, Malaysia, Indonesia, Vietnam and several European and North American countries.
A key inflexion point will occur in the second half of 2019 when the international terminal opens, together with customs and immigration, at our local domestic airport of Bhairahawa just 10 minutes from Tiger Palace. This airport has a 3,000m runway and is equipped to take wide-bodied air- craft such as the Boeing 777 and A330.

CR: What kind of impact do you expect the new airport to have on business in terms of increasing visitation from other countries?

BM: As I mentioned, we are very excited about the opening of the international facilities at Bhairahawa Airport, not only because it opens up direct airlift to India, China, Thailand, Malaysia, and other Asian countries, but it will also enable our casino operations team to increase yield from the floor – both VIP and Mass – as the size of gaming wallet for players who will fly internationally tends to be larger than those who drive on average in destination resorts.

CR: What are some of the amenities that Indian customers look for in a resort and how does Tiger Palace address this?

BM: The resort features 100 tastefully well-appointed guest rooms, two VIP villas, the largest outdoor swimming-pool in Nepal, the largest casino in Nepal spread over 2500 sqm, four separate food and beverage options, a spa and salon, fitness centre with steam and sauna facilities, ballroom and meetings rooms, children’s play area called Cub’s Kingdom along with an array of other recreational facilities for leisure and business travellers, alike. The Indian guest pays particular attention to service, food and beverage offerings, and entertainment. At Tiger Palace we go above and beyond the expectation of the guest and are able to offer an unparalleled level of service as well as some of the most incredible food in Nepal. We are also hosting some of Bollywood’s most famous stars at our monthly events in the casino.

CR: Tiger Palace Resort’s casino opened just over a year ago, at what stage are you at in terms of the ramp-up your gaming operations?

BM: The casino grand opening was in March of 2018 and so we are almost 12 months post opening. The ramp up has been good despite the fact the road and airport infrastructure has been slightly delayed. Generally it is a two-year ramp up for new destination casinos depending on the segment (Mass, Premium, VIP, Slots) and this year the growth will likely continue to be solid all the way through and then of course we have the international airport opening at the end of the year which we expect to have a material positive impact to revenues.

CR: Outside of gaming, how significant a part of your business is MICE? I believe you’ve also been making inroads in the Indian wedding market?

BM: MICE is one of the most important segments for the Resort and form a major part of our non-gaming revenue. We recently hosted the Buddhist International Travel Mart organized by the Nepal Tourism Board at the Resort with delegates from over 25 countries participating in the event. Bhairahawa being the hub for cement factories and brick manufacturing companies, we are the popular choice for hosting corporate events and team outings. The Indian wedding market in India is estimated to be between $20-40bn per year with a growth of 20-25 percent year over year, so it continues to forms a major part of our focused segment mix. We have had a great success in the wedding space in the opening year with our record being December when we hosted 5 weddings that month. The largest gathering being of 650 guests. We are continuously working towards providing personalized and hand-crafted experiences, making Tiger Palace Resort the most preferred place for hosting a wedding in the region. We also have a panel of wedding-specialists for the ease of our guests.

CR: Looking ahead, what is the timescale for the second phase of Tiger Palace Resort?

BM: We have just completed the main works in the VIP and Private Gaming Salons and are due to open later this month (Feb 2019). Aside from that we have made improvements to our MICE and F&B spaces since we opened the hotel in late 2017 based on feedback and knowledge gained operating in the market. The next phase of development will include more accommodation, potentially with in-villa-gaming as part of the offering, and we hope to have this open in mid-2020.

CR: Silver Heritage is in the process of developing a second property, Tiger Palace Resort Jhapa. Could you give us some more details about this?

BM: The long term vision for Nepal was to have a series of integrated resorts on the border servicing India but also international visitors, and each with a slightly different angle. Our first, Tiger Palace Resort Bhairahawa, was chosen as it is so well situated between two UNESCO World Heritage Sites, the wildlife reserve of Chitwan and the birthplace of Buddha at Lumbini, and just a few kilometres from both the Indian border and Nepal’s second international airport. The second per the plan is in Jhapa to the far East of the country adjacent to the state of West Bengal in India. This location is at a confluence of India and Bangladesh with Nepal and just 30 minutes from an international airport in India, and is also adjacent to a metropolitan area of nearly 2 million people. The project here will be smaller in size initially – perhaps 50 percent that of Bhairahawa – and will cater principally to the West Bengal and Sikkim markets, but also further afield.