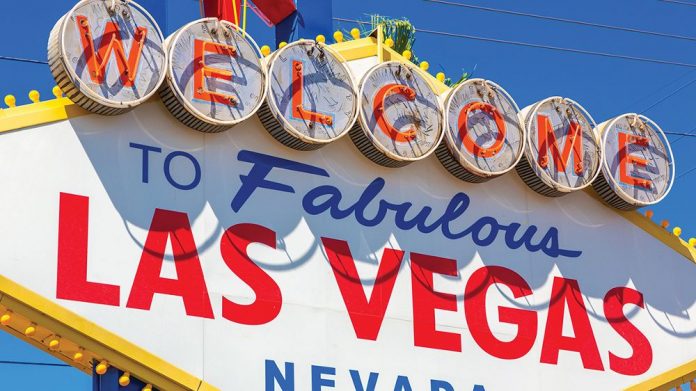 Following a 78-day shutdown, the Silver State’s casinos were once again able to open their doors at the start of June. Commentators suggest that visitation will initially be led by the local market and motorists from neighbouring states.

Nevada casinos re-opened for gaming at midnight on 4 June following a 78-day shutdown. An emergency order by governor Steve Sisolak’s in mid-March saw the closure of all non-essential businesses statewide to prevent the spread of the COVID-19 virus.

“There’s a tremendous amount on the line, not only for casinos but for the community and the state,” said Alan Feldman, a casino industry veteran and a fellow at the International Gaming Institute at the University of Nevada, Las Vegas. “This is an extremely important moment,” he affirmed, clarifying that while resuming operations represents an important milestone, it will still be “long, slow climb”, for the state’s casino industry to overcome the business impact of the coronavirus pandemic. “I’m hopeful it is a consistent climb, without setbacks, better than a surge and then a setback,” he added.

Station Casinos opened almost all of its properties at 12:01am on 4 June, along with Boyd Gaming and The D Las Vegas.

The D welcomed close to 2,000 guests with a free one-way flight to Las Vegas, with no obligation to stay at the resort or sister location, the Golden Gate. The property, which was offering room rates as low as $30 before the resort fee on the night prior to re-opening, was not sold out, however owner Derek Stevens reported booking numbers are building.

Caesars Entertainment had initially planned to re-open Caesars Palace and Flamingo, but ultimately opted to also reopen Harrah’s on 5 June based on greater than expected demand. “Initial customer demand to visit the Las Vegas Strip has been much stronger than anticipated,” Caesars CEO Tony Rodio said.

The Nevada Gaming Control Board required hotels and casinos to submit detailed COVID-19 health safety plans by the end of May, prior to giving operators the go-ahead to reopen.

“I’m optimistic that customers will see that gaming properties invested time and effort to welcome them back to a safe and entertaining environment,” said the agency’s chairwoman Sandra Douglass Morgan.

While Morgan did not specify if any plans were rejected, she stated that agents “communicated concerns or asked for clarification” from an unspecified number of the state’s 459 licensed casinos.

Speaking during the company’s earning’s call in May, Wynn Resort’s CEO Matt Maddox spotlighted the firm’s detailed re-opening plan which he affirmed had become a blueprint for resuming operations, including beyond the gaming and hospitality industry.

“I believe we were one of the first companies in the nation, not just in our industry, but in the nation to produce a detailed reopening plan. We published it for the world to see on 19 April,” he stated.

“It’s a 23-page plan that goes department by department, area by area, space by space in terms of how we’re going to keep our employees safe and our customers safe.

Analysts and industry commentators suggest that initial customers are likely to be Las Vegas residents and motorists from neighbouring states.

“We think that consumers are still going to be pretty reluctant to travel very far, to stay in hotels [or] to take part in gaming,” until there is a vaccine, said Troy Walters, a senior economist with IHS Markit.

Farley conceded that visitation by air could face a slow recovery. “Longer stays in Vegas are usually tied to mass social gatherings, including conventions …concerts and fights, all of which may take longer to recover,” he observed.

Boyd Gaming re-opened nine of its 12 Nevada properties on 4 June. Back in April, the company’s CEO Keith Smith said he expected local visitation to help drive a recovery once operations resumed.

“The majority of our business comes from local customers. We are not reliant on destination or convention business for success,” he explained. “We believe we will benefit from a business model that is largely focused on local and regional visitation.”

“Some of the news indicates more rooms may be booked than originally thought,” she stated. “It is looking like we’ll have a very positive response to the reopening. Obviously, we want people to be safe when they come back, and we’ve been making preparations now for months to bring them back to a safe and exciting environment.”