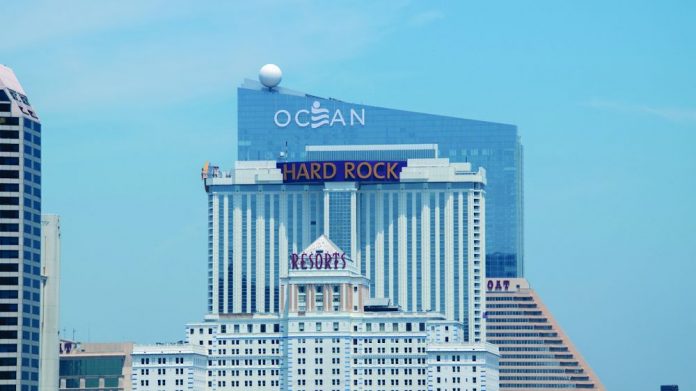 While the arrival of Ocean Casino and Hard Rock have given Atlantic City properties a collective boost in 2019, both the old and new operators have been complaining about how the board’s shaping up along the Jersey Shore.

Six out of nine Atlantic City venues posted gaming win growth in November as operators reported collective third quarter operating profits up 12.5 percent from last year, but not every player is happy with their hand in Monopoly City.

In the summer of 2018, two new operators arrived in the east coast resort, causing their growth to be magnified after a first year of accounting for opening and marketing expenses.

As Christmas hits the boardwalk, the city’s overall gaming revenue is up 15.7 percent to $3.02b in the first 11 months of 2019 – its third consecutive year of positive revenue growth after many years of steady decline.

But not all venues are being lifted equally, with the newcomers benefiting at the expense of their new neighbours. While still one of the more successful physical casinos in Atlantic City, the marinabased Golden Nugget has had the second-largest decline in revenue from slot and table games in 2019, with owner Tilman Fertita believing that there are now too many properties in the coastal resort.

While Fertita has pointed the finger at Ocean Casino and Hard Rock, the latter has in turn pointed his finger at the city. “Candidly, we’re disappointed with Atlantic City,” said Jim Allen, chairman of Hard Rock International and CEO of Seminole Gaming.

“It’s a shame that they did not rise to the occasion of a company coming in, putting $500 million into that city.” Despite promises that things would change, Allen said the city is in “worse shape today than it was two years ago”.

After the old Mayor resigned in disgrace last month, his successor Marty Small Sr. hopes he will chance to implement his vision for the Boardwalk, yet with a business-funded PAC working to oust Small from his seat before it even gets warm, it looks unlikely that governance in Atlantic City will stabilize and improve anytime soon.

Meanwhile, the nine casinos must continue to battle it out month after month, with six growing their gaming win year-on-year just before Christmas.

Topping the good list, as it did last year, was MGM’s marinabased Borgata, up 5.8 percent on November 2018’s results with $59m. Boardwalk- based Caesars was a distant second, despite boosting its gaming win by 27 percent to $28.3m, and back at the marina Harrrah’s placed in third with $25.6m, up only 0.9 percent.

The Tropicana had the next highest gaming win, however this was down 6.9 percent to $23.6m. Meanwhile, the fourth Atlantic Casino behaving well was Hard Rock, which posted an increase of 9.3 percent to $23.5m.

In fifth, Ocean Casino backed up its huge profit growth for the year, increasing its total gaming win year-on-year in November by 67 percent to $19m, while the sixth property improving was Golden Nugget, but only by 4.6 percent to $17m.

Joining Tropicano on the naughty list was Resorts Casino Hotel, which suffered the biggest percentage loss of -15.5 percent, sending total gaming win to $13.9m, followed by Bally in last place, down 6.2 percent to $13.4m.