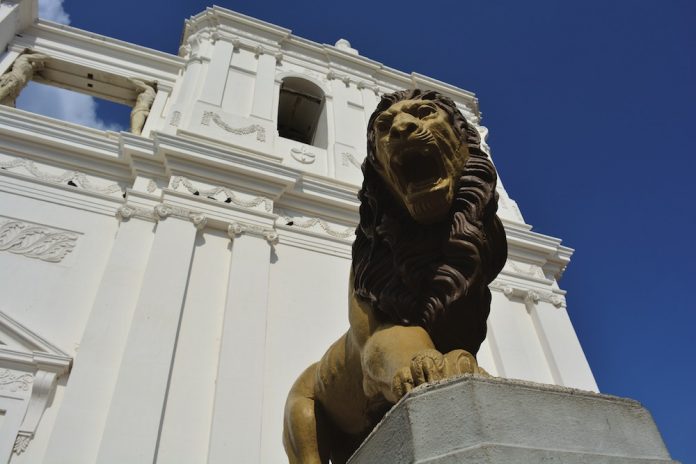 As a former Foreign Legionnaire and currently the operator of 60 gaming parlours, George Lozev, secretary of trade association Ceija, is well-placed to have a broad insight into the intricacies of Nicaragua’s gambling industry. He discusses Ceija’s ongoing efforts to educate the country’s banking sector about the contribution made by Nicaragua’s regulated industry.

In September, last year Ceija organised its first International Forum for the Prevention of Money Laundering in Nicaragua, as part of a concerted campaign to improve gaming’s image in the country, highlighting the economic benefits offered by the regulated industry. The forum was quite successful, and we are currently looking at organising a second edition towards the end of this year.

A key theme that we wanted to highlight was the effect of ‘informal’ businesses – which represent over half of those operating in the country – on Nicaragua’s GDP. When we speak about ‘informal’ business, we’re referring to those that operate without bank accounts.

In the case of our member businesses – we currently have 11 members, between us we operate around 200 gaming parlours in every department in the country – all of them had bank accounts, but since late in 2015 we’ve seen a move by the banking sector to close current accounts belonging to companies in the gaming sector.

We understand that the banks themselves are under pressure, financial regulators in the US are pressuring banks to clamp down on money-laundering and police not only their own transactions but their customers’ as well.

A major success for us was opening a dialogue with the Nicaraguan Association of Private Banks (ASOBANP), trying to arrive at an agreement where our member businesses could once again begin to regularise their operations.

Talking to ASOBANP, we recognise that the banks themselves have their own issues with the correspondent banks, however instead of studying businesses on a case by case basis, they’ve respond to this situation by blocking all operators accounts.

These are businesses that have been established almost 20 years in some cases, we pay our taxes and meet all the necessary regulatory requirements. So from our point of view the forum was a platform for us to demonstrate the legality of our business. In losing their bank accounts, these businesses are being forced to operate informally. So a key aim for the forum was establishing a dialogue between operators and the banks.

This was a very important first step for us, allowing our member businesses to show that they are ready to cooperate in the fight against money laundering.

We want to show that we have nothing to hide, we’re businesses operating in accordance with the law with a role to play in the economic and social life of the country.

One of the speakers at our forum was an operator, Silvio Pardo Ojeda, who wrote a book, Gambling and Problem Gambling in Colombia, which discussed the history of regulation in that market.

This is relevant to us because we’ve seen a parallel process in Nicaragua, as the government’s approach to regulation has evolved, first with the passage of Law No. 298 which gave the authority to regulate gaming to the Nicaragua Tourism Institute, and then later with Law 766 (Special Act for the Control and Regulation of Casinos and Gaming Parlours) which transferred this authority to the Ministry of Finance and Public Credit.

We feel that Ceija can play a role in working with trade associations in other countries in Latin America, and learning from their experiences which will help us in shaping a standard of best practice for our own country.

Our objective is to show that Ceija’s member businesses obey all the requirements under the law and we are playing our part in fighting against the illegal sector – our members have compliance officers and client profiling, even the operators of the smallest gambling parlours have this information.

Additionally, we are enrolled with the national financial intelligence agency, the Financial Analysis Unit (UAF), to whom we provide monthly financial reports showing all transactions.

We create employment and we’re also undertaking socially responsible programmes, each of our member businesses has a social policy, in the case of my company we’re helping several organisations that treat drug and alcohol addiction.

At the end of the day, if gaming is not regulated, people will still create illegal gaming amongst themselves. When I arrived in Nicaragua, gambling on Chalupa, a game that’s similar to bingo, was very popular, in addition to illegal bingos, poker, and raffles.

This was in an environment without any regulation so cheating and rigged games were widespread. But as a result of the steps the government has taken to regulate the industry, today people can feel secure in playing because there is transparency.

So little by little over the last decade we’ve seen people abandon illegal games of chance in favour of the regulated gaming sector. On a more positive note, given the ongoing development of Nicaragua’s tourism industry, and with the construction of new hotels, I think we will see further opportunities emerge for the casino sector in the future.

The majority of the beaches on Nicaragua’s Pacific coast are still undeveloped, looking at the way Costa Rica’s tourism industry has grown, I think we could see a similar effect here.