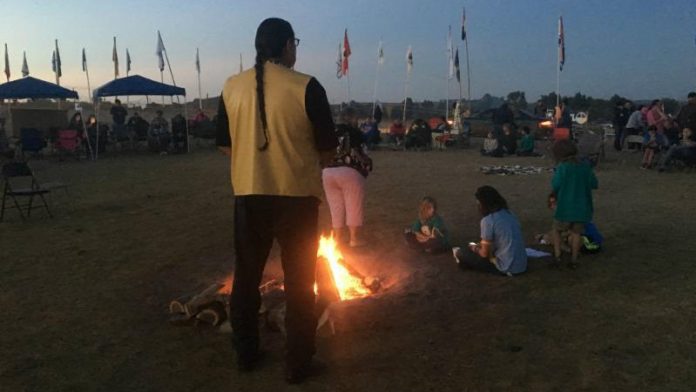 Tribal gaming trade association NIGA has declared solidarity with the people of the Standing Rock Sioux tribe, as it battles to prevent disruption to its lands from the Dakota Access pipeline.

[dropcap]T[/dropcap]he National Indian Gaming Association (NIGA) has thrown its support behind the Standing Rock Sioux tribe and fellow protesters opposing the construction of a major oil pipeline on the border between North and South Dakota.

The $3.8bn (E3.4bn) Dakota Access project intends to channel oil from North Dakota 1,000 miles east to Illinois – after it obtained permits from the U.S Army granting it access to more than 200 water crossings.

But the pipeline’s passage through the Standing Rock Reservation and across the Missouri River has been the cause of significant controversy within the Native American community – with the Standing Rock Sioux filing a federal lawsuit opposing the project  on the grounds that it places local water quality at risk. The tribe also alleges that construction work on the pipeline has already led to the desecration of a number of sacred burial sites. The tribe has obtained a temporary stay of construction within certain specific areas of the reservation – whilst a judge’s ruling on a potential re-routing is anticipated imminently.

In a statement to press, NIGA said that it wished to: “pledge solidarity in support of the Standing Rock Sioux and friends of Indian Country on the frontlines of the Sacred Stone and Warrior camps resisting the Dakota Access pipeline.”

More than 1,000 supporters of the Standing Rock Sioux have travelled to the region to oppose the Dakota Access line. In a recent report by ABC News, director of New York-based interest group the Native Organizers Alliance Judith LeBlanc asserted that their numbers represented the largest political gathering of Native Americans in over a century.

“There’s never been a coming together of tribes like this…it’s historic,” she said.

Meanwhile, a brief statement from NIGA chairman Ernest Stevens Jr. referred to an incident between protesters and security officers last weekend which apparently escalated to violence.

“We remain resolute and firm in our commitment and support of the Standing Rock Sioux in protecting and defending their sacred lands,” said Stevens, who travelled to the confluence of the Missouri and Cannonball rivers as a gesture of support for the protest (pictured). “The images of our Native brothers and sisters being attacked as police stood by idly is one that invokes America’s shameful history in its treatment of our ancestors and other people of colour. This is simply not acceptable.”

In a separate development, the trade association has also announced the year’s recipients of its John Keiffer Sovereignty Award. Both Mohegan Tribe of Connecticut chairman Kevin Brown and Mille Lac Band of Ojibwe CEO Melanie Benjamin are tipped for one of the prestigious prizes – which are awarded in recognition of “selfless dedication to advancing the lives of Indian peoples.”

A prize-giving ceremony will be held at the 2016 NIGA mid-year conference and expo taking place at the Seneca Niagara Resort and Casino next week.