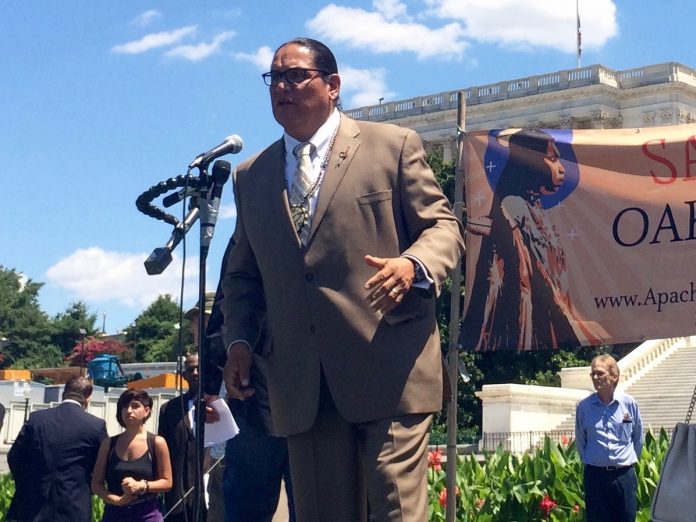 In a bid to calm potential divisions within the tribal gaming industry, the National Indian Gaming Association has insisted on a “seat at the table” in the process of legalising American sports betting – while stopping short of offering its outright support.

The coalition to legalise sports betting in the US recruited a key ally in August, as the National Indian Gaming Association (NIGA) joined its ranks to help mould regulation for tribal interests.

NIGA adds considerable weight to the coalition, and allays some concerns that the influential tribes may not be obstacle to liberalisation. However, the association of tribal operators were quick to dispel notions that they fully supported the repeal of PASPA. Rather, NIGA sought to secure protections for tribal gaming in the event of a change in the legal status of online betting.

“By joining this coalition, the Board’s stated intent was to enhance Indian Country’s seat at the table on this important issue,” NIGA chairman Ernest L. Stevens, Jr. (pictured) said.

“Of chief concern to the NIGA is to ensure that tribal interests are protected, particularly avoidance of negative impacts on existing tribal-state compacts and exclusivity clauses, and to ensure that if a new form of gambling is legalized in the United States – that tribal governments be provided an equal opportunity to participate in and regulate the new industry.”

Indeed, while some individual tribes have voiced support, others are viewing the movement to liberalise sports betting with caution.

In contrast, most or all of the seven of the tribes within the AGA are reportedly seeking to expand their gambling enterprises beyond their reservations and are embracing the prospects of regulated sports gambling.

“I wouldn’t call it a division,” tempered Dr Alan Meister, who specialises in tribal gaming as a principal economist of Nathan Associates “But it’s more that there’s different opinions about the subject from tribal gaming.”

“In large part, it’s to do with legal and regulatory concerns – and that makes tribes generally quite cautious about it.

“There’s concerns over their rights and the preservation they’re given under federal law for gaming, and they want to make sure that those rights and their facilities are protected in the way that they’re supposed to be.”