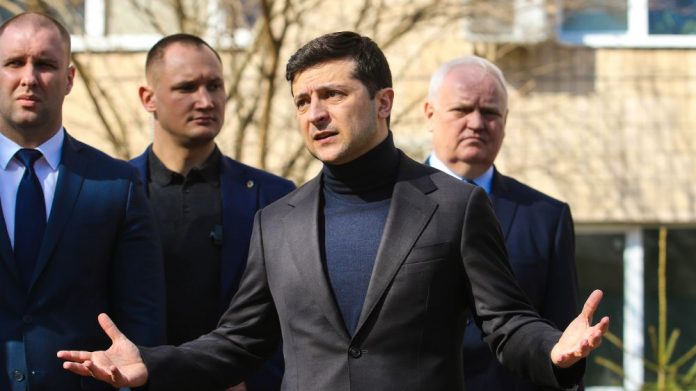 The odds are once again lengthening for the legalisation of gambling in Ukraine, with the country’s latest gaming bill put on the back-burner following a cabinet reshuffle this March.

With investors betting on the re-legalisation of gambling in Ukraine, it was recently reported that US hospitality company Hilton plans to open two casinos in its hotel in the national capital.

Local media reports suggest that entrepreneur Boris Fuchsman is prepared to invest around $30m in the Kyiv project.

However, amid the coranavirus crisis and following a recent cabinet reshuffle, the new gambling bill appears to have been placed on the back-burner while the government deals with more politically pressing legislation.

“At this point the process may be considered as stalled as the Rada needs to finalise discussions [regarding] another draft bill related to the sale of the agricultural land plots in Ukraine on a free market basis,” said Dentons Gaming Practice in a statement. The law firm added that the agricultural bill is currently a greater priority for the government than the legalisation of gambling.

“Ukraine’s president, Volodymyr Zelensky, [also] fired his cabinet of ministers on [4 March]; this event certainly will not help to move the legalisation forward. We believe that there are no anticipated timelines at this point,” Dentons stated.

The move to legalise gambling forms part of president Zelensky’s plans to diversify the country’s economy.

“We will legalise gambling, namely the operation of casinos in five-star hotels, which will stimulate the development of the tourism cluster of the region near the Black Sea,” Zelensky stated, speaking at the Ukrainian-Turkish business forum in Istanbul on 8 August. The Ukrainian parliament held the first reading of the new law on 16 January.

The bill establishes a price for a five-year licence of between UAH570-280m ($20.9-10.2m) for casinos located in five-star hotels with a minimum of 150 rooms in Kyiv, and UAH280-140m for gaming venues located in hotels outside the capital.

The legislation also states that a casino should have no less than 10 gaming tables, including at least two roulette tables, and a minimum of 50 slot-machines if situated in a city with more than 500 thousand inhabitants.

Gambling has been banned in Ukraine since 2009. Nevertheless, it’s not the Eastern European nation’s first rodeo when it comes to re-legalising gaming. In 2015, the country approved draft legislation that would have authorised land based casinos, sports betting, and online gambling.

However these plans ultimately failed to come to fruition, despite an effort to revive the legislation in 2017.