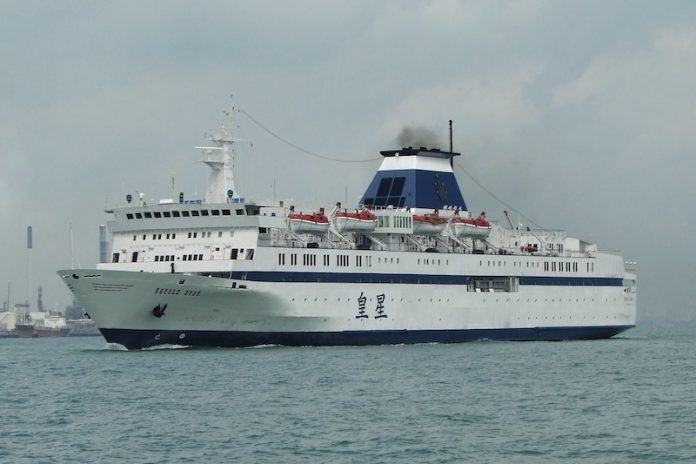 While North Korea isn’t known for its booming tourism industry, the Hermit Kingdom is currently seeking foreign backers to invest in a Soviet-era casino cruise liner.

While it is not famous for its tourism industry, the secretive nation of North Korea is reportedly seeking foreign investment in order to operate a cruise ship.

Dubbed the Hermit Kingdom, the authoritarian country of 24 million people established its Mount Kumgang tourist region in 1988 in an attempt to attract overseas visitors and bring in legal sources of hard currency, although access to the area remains heavily restricted.

The North Korean government is now seeking investments of up to $20m from foreign entities to buy the 30,000-ton Royale Star, which would operate from the port of Kosong, located near the Mount Kumgang. Interested entities can invest either through an independent foreign company or equity joint venture, while the government has promised special permission to run a casino on the ship, even though gambling remains strictly prohibited in the country.

The vessel will run on two routes, one linking the mountain resort to the Russian city of Vladivostok and the other to Southeast Asia.

“We are trying to diversify international tourism at the world-renowned Mount Kumgang by using cruise ship services,” read the official government proposal. “The tourist passenger ships will have a variety of facilities so 1,000 passengers can experience safe and cultural travel.”

Media reports suggest that the Soviet-era ship would additionally offer passengers “preferential business conditions” with trips targeted towards tourists from Malaysia – currently embroiled in a diplomatic row with North Korea – China and Russia.

“I strongly doubt there will be foreign investors who are willing to invest money in North Korea given the current situation,” Lim Eul-Chul of South Korea’s Kyungnam University told the Financial Times. “North Korea has been interested in attracting investors to the tourism sector since 2014 in order to cope with international sanctions but they haven’t been very active given other developments.”

The inter-Korean tour program at Mt. Kumgang kicked off in 1998 as a symbol of inter-Korean reconciliation and attracted some 2 million South Korean visitors until it was put on hold a decade later after a fatal shooting incident in 2008.

The latest move is part of North Korea’s renewed efforts to develop the international tourism zone spanning from the eastern port city of Wonsan to Mt. Kumgang in a bid to generate more revenue.

In September 2016, the government unveiled a proposal aimed at bringing in foreign investment to develop central areas of Wonsan into a trade and finance mecca, a project worth $196m.