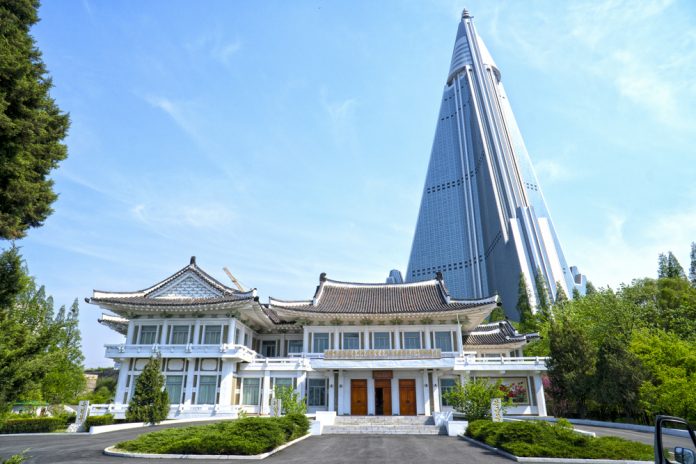 Recent satellite pictures showing several construction trucks and tourist photographs of cranes around the Ryugyong Hotel in Pyongyang suggest work may have re-started on the development.

The 105-storey structure was conceived 30 years ago by Kim Jong-un’s grandfather, Kim Il-Sung.

Boasting a casino, nightclubs and other entertainment options, the Ryugyong Hotel was to be topped with eight revolving floors that would feature five revolving restaurants.

However, construction setbacks, followed by the fall of the Soviet Union and subsequent economic crisis in 1992, saw the project indefinitely postponed.

The 3,000-room hotel, which has cost approximately £470m to date, has not yet hosted a single guest.

Back in July 2017, “soldier-builders”, digging equipment and new propaganda billboards were first observed, following the removal of a large wall blocking access to the site.

Construction projects have been a major item on Kim’s agenda. Several major high-rise areas have been completed since he took power in 2011.