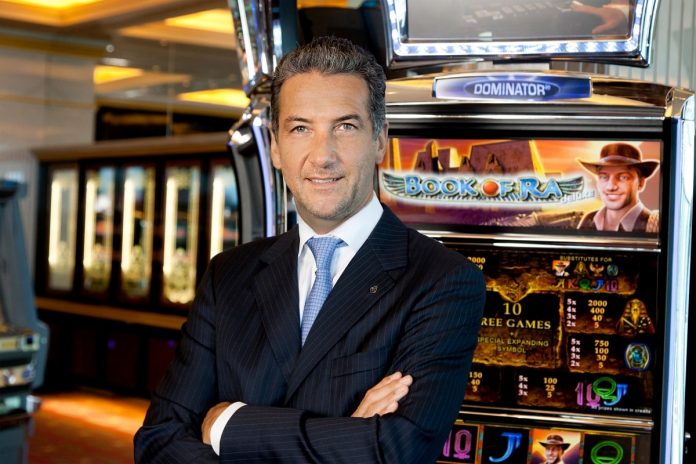 In fiscal 2015, Novomatic AG recruited some 1,900 new employees and was able to increase its turnover by 5.5 per cent to a new record high of more than E2bn.

According to the company’s annual financial report for 2015, Novomatic generated the highest turnover in its 35-year history. Revenues amounted to E2.08bn, which corresponds to a year-on-year increase of 5.5 per cent.

“This annual result is proof of the successful implementation of our strategy to cover all the segments of the international gaming industry as a full-service supplier and to further extend our market share in key European gaming markets such as Spain, UK and Italy,” said Novomatic CEO, Harald Neumann (pictured).

“In Spain, Novomatic has developed a strong presence based on its successful duality strategy with the take-over of the third-largest manufacturer GiGames and the acquisition of several arcade operations. In the UK, Playnation, a renowned operator in the amusement segment operating some 20,000 amusement machines in over 1,700 locations, was acquired.

The accumulated turnover of the Novomatic Group – comprising the Novomatic AG as well as the two Swiss sister holding companies, ACE Casino Holding AG and Gryphon Invest AG – amounted to a record E3.9bn in 2015.