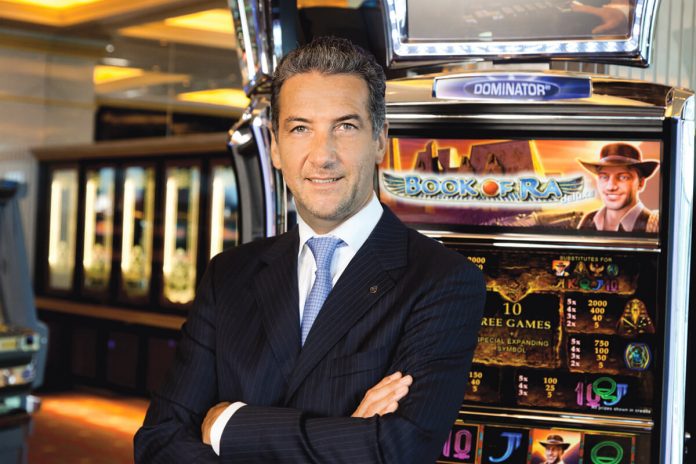 Talarius operates more than 7,500 electronic gaming machines in approximately 170 venues across the UK.

Commenting on the transaction, Tatts’ CEO and managing director, Robbie Cooke, said: “The sale of Talarius follows three years of intense effort to improve the performance of a business that struggled since its acquisition by Tatts back in 2008.”

He added: “As a large international gaming group, Novomatic is the logical acquirer of the business. Its established UK position, deep industry knowledge and synergy opportunities makes it a natural owner of the asset.”

The news comes as Novomatic announced it would proceed with the proposed acquisition of a 53 per cent stake in Ainsworth Game Technology (AGT), the Australia- based slot machine giant.

As a large international gaming group, Novomatic is the logical acquirer of the business. Its established UK position, deep industry knowledge and synergy opportunities makes it a natural owner of the asset.

In a statement issued after Ainsworth’s shareholders approved the proposed share transaction on June 27, Novomatic CEO Harald Neumann said that, through the Austrian company’s majority shareholding, AGT will benefit from collaboration across a range of markets that will be substantially positive for long-term shareholder wealth creation.

“We value the trust and support by the minority shareholders through the positive vote of approving the share transaction and will make every effort to meet their expectations,” Neumann stated, adding that completion of the share sale is still subject to a range of regulatory and gaming licence approvals.

AGT CEO, Danny Gladstone, added: “We are delighted to have received shareholder support and look forward to working with Novomatic on the completion of this transaction and delivering on the expected benefits for our shareholders.”