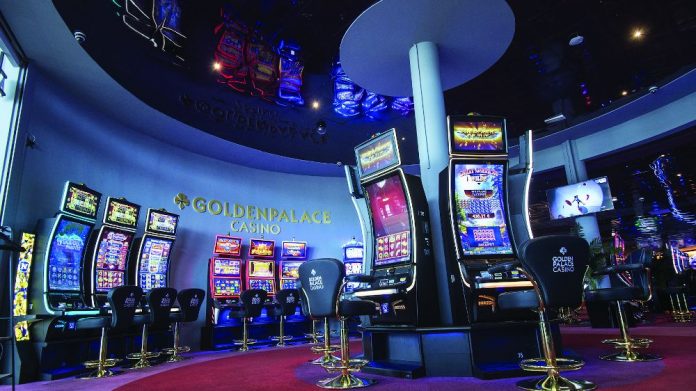 Located half an hour’s drive south of Calais, in Boulogne-sur- Mer, the new Golden Palace Casino, which opened in mid-2019, marks the group’s first live casino. The casino re-launched in July under the new Belgian management, boasting some 100 gaming machines and roulette terminals as well as popular casino games, such as roulette, black jack and poker.

Novomatic has provided some 60 percent of the gaming equipment on the property’s gaming floor, comprising a total of 53 cabinets along with five Ainsworth machines.

“Next to the quality Novomatic is known for and which is one of the main reasons we are working with Novomatic for years now in Belgium as distributor and operator, we are pleased to start working with them also in France,” said Massimo Menegalli, president of Golden Palace.

“We are convinced that also the French customers will like these new gaming technologies. Furthermore, I was impressed by the speed and alertness with which Novomatic helped us to furnish our Golden Palace casino in Boulogne-sur-Mer, we managed to this in two weeks’ time.”

V.I.P. style machines have a strong presence on the Golden Palace’s slot floor, including the V.I.P. Lounge 2.32, V.I.P. Lounge Curve 1.43 and the Novostar V.I.P. Royal 2.65 – each with an integrated chair providing maximum comfort for the guests and a gaming offering sure to keep them on the edge of their seats.

The Gaminator Scorpion 2.24 rocks the floor with the Thunder Cash Link and Superia-Games Premium Edition 2. “It was a pleasure to support Golden Palace with their first casino project.

We wish them every success and would like to say ‘thank you’ for their trust and support,” stated David Rivière, general director of Novomatic France. The ETG area of the Golden Palace Casino features a Lotus Roulette Pro unit with six integrated player positions plus a Novo Line Novo Unity II installation for electronic Roulette with 14 connected Executive SL terminals.

Alongside this, Ainsworth provided the A600 and A640 cabinets with Mad Millions as well as the Super Charged 7S and Super Lite Vegas game mixes.

The myACP casino management system has been installed at the casino with a number of modules and functionalities that facilitate the smooth and efficient casino operation in full compliance with the provisions of modern data processing regulations (GDPR), Anti-Money Laundering standards (AML) as well as French gaming legislation.

“I would like to congratulate the Golden Palace Group on the elegant style and attractive gaming offer of their first casino operation,” concluded Robert van Roosendaal, Novomatic’s key account director for Germany, BENELUX, Iceland, Portugal and France.

“It is plain to see with how much proficiency and attention to detail this casino has been designed, and it is very gratifying that Novomatic gaming equipment has been selected to feature with such a large number of units.”