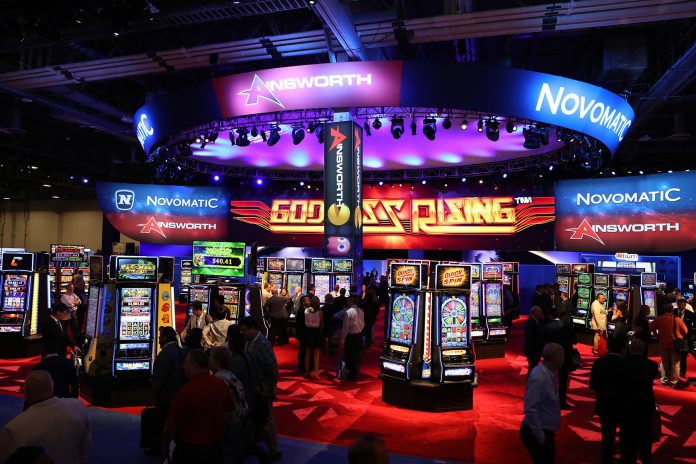 The response at the seventeenth Global Gaming Expo (G2E) in Las Vegas for the newly combined NOVOMATIC and Ainsworth booth was “outstanding”, the former company said in a statement.

Sharing a booth for the first time at the principal US gaming show, both companies previewed a wide range of innovations with a special emphasis on two key products – From Dusk Till Dawn™ and Pac-Man™.

Harald Neumann, CEO of NOVOMATIC AG, said: “The US market plays a significant role for us to become the world market leader in the gaming industry. Through our collaboration with Ainsworth we are now in the unique position to benefit from its established market presence.

“This year’s joint booth at G2E has demonstrated the utmost strategic importance of our partnership with Ainsworth and therewith our future.”

Other highlights of the exhibit included the Enchanted Fortunes™ linked progressive jackpot that was connected to new and proven NOVOMATIC themes attuned for the US market, such as Asian Fortunes™, Goddess Rising™ and Book of Ra™ Mystic Fortunes.

New games on show for the US market included Empire V™ Superior, JackPOP!™ and JackPOW!™, and also presented for the first time was JACKPOT EDITION™ Deluxe, which can plug into NOVO LINE™ Interactive games and offer more frequent chances to win a multi-level jackpot.

The full range of Ainsworth cabinets presented a total of more than 130 titles from the new development studio in Las Vegas as well as from Sydney, with titles proving popular amongst visitors including Nostradamus, Rumble Rumble Eagle, Desert Dawn and Desert Dusk.

NOVOMATIC also announced a deal with Foxwoods Resort Casino in Connecticut for the first NOVO LINE™ Novo Unity II ETG system in the country that will feature 54 terminals in a stadium setup offering live Baccarat and Blackjack.

The system was presented at G2E on the sleek EXECUTIVE SL™ multiplayer terminals connected to virtual, automated and live table games, as well as the new Cammegh Spread-Bet Roulette side bet.