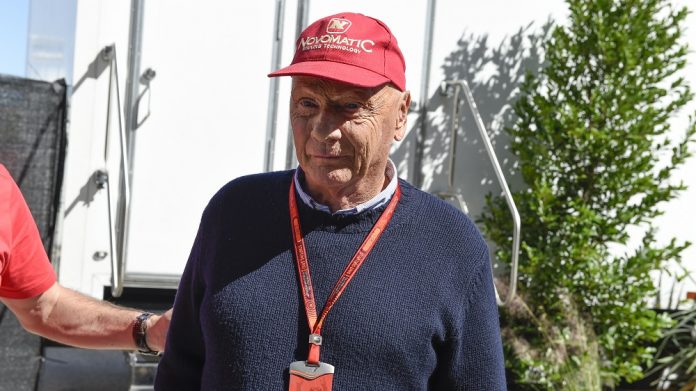 Niki Lauda had been brand ambassador for NOVOMATIC since 2014 providing for worldwide activities for the international gaming group. Apart from the branding of his famous red cap Lauda supported NOVOMATIC as an ambassador at selected national and international events as casinos openings.

“With a heavy heart we say farewell to our esteemed partner and friend, Niki Lauda. Our condolences go out to his family. It was a great honour and pleasure to have worked with him,” said Harald Neumann, CEO of NOVOMATIC in a first statement.

Andreas Nikolaus “Niki” Lauda is widely considered one of the greatest F1 drivers of all time. Austrian Formula 1 driver won three times the F1 World Drivers’ Champion, in 1975, 1977 and 1984, and he was an aviation entrepreneur. He was the only driver in F1 history to have been champion for both Ferrari and McLaren, the sport’s two most successful constructors.

Having emerged as Formula One’s star driver amid a 1975 title win and leading the 1976 championship battle, Lauda was seriously injured in a crash at the 1976 German Grand Prix at the Nürburgring during which his Ferrari burst into flames, and he came close to death after inhaling hot toxic fumes and suffering severe burns.

In 2014, at the official press conference at the Vienna NOVOMATIC Forum NOVOMATIC CEO Dr Franz Wohlfahrt explained: “We are honoured that the long-standing friendship between our company founder Professor Johann F. Graf and the Austrian national hero Niki Lauda has now led to this co-operation. The world star Niki Lauda is the perfect communicator for our corporate philosophy as a world leading and innovative provider of technologies, products and services for the international entertainment and leisure industry.”

“I am very pleased that NOVOMATIC chose me for their new brand ambassador”, said Niki Lauda in those times. “And it was an elating premiere to wear the new cap for the first time at the Golden Globes Awards.”

About the partnership he said: “It is no coincidence that the words ‘winning technology’ are right next to the company logo on the cap. NOVOMATIC is a leading international Group with headquarters in Austria and operational business activities in more than 40 countries. From its base in Lower Austria it has grown to become a global player with more than 20,000 staff, 3,000 of which in Austria only.”