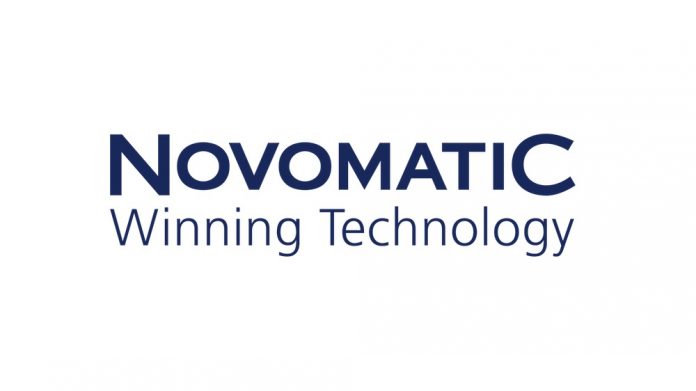 Having launched earlier this year, the Panthera Curve 1.43 makes its Juegos Miami debut. Featuring an immersive design with two 43” monitors, surrounding LED lighting, a new interactive TouchDeck and optional topper, “this cabinet offers a sophisticated presentation of Novomatic titles in 4K”. At Juegos Miami, on display will be the new Vampire Fortunes title, which features “mysterious gameplay” and 4-level jackpot, and is part of the Enchanted Fortunes Linked Jackpot series.

Another new cabinet launched this year is the V.I.P. LoungeTM Curve 1.43, the next generation of the hugely popular V.I.P. Lounge 2.32. Also presenting Novomatic content in 4K, this cabinet combines the comfort of the highly comfortable V.I.P. Scorpion Chair with state-of-the-art graphics and design. The 4K version of Great American Wilds will be displayed at Juegos Miami, presenting bold gameplay, the Extra Epic Stax feature and gripping jackpot thrills.

Lawrence Levy, VP Global Sales Novomatic, said: “Juegos Miami is a premium networking event that allows gaming executives from around the region to come together and experience some of the latest products in a personal environment. We are pleased to support the event again this year and drive the conversation on the future of the Latin American gaming industry.”

Gaining market share since its launch at G2E last year, notably in the Mexican market, the OT300 cabinet powers top video bingo performance. Featuring “excellent graphics and fun animations across two screens and optional topper”, this cabinet is now fully compatible with TITO and provides a range of games, progressives, mystery and community jackpots. A mix of titles targeting a Latin American audience will be available at Juegos Miami including Bingo de los Cielos and El Pesero.

Visitors to the Novomatic area of Juegos Miami this year will be able get hands-on with the new cabinets and games for international casino and bingo markets. Taking place at the exclusive Biltmore Hotel in Coral Gables Miami, from May 30 to June 1, Novomatic will also sponsor the networking event, White Party, inviting event-goers to join company representatives from the Americas and Europe, as well as leading stakeholders of the Latin American gaming sector, to the outdoor terrace of the Alhambra Ballroom at 5pm – 8pm on Thursday, 31 May.