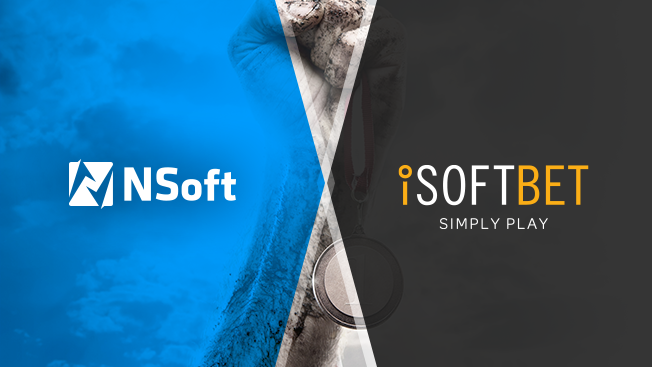 NSoft has marked a significant milestone in its growth plan, as the company signs a content deal with iSoftBet.

[dropcap]G[/dropcap]aming software group, NSoft, has signed a content deal with iSoftBet, in a move that will help the company expand into multiple European markets.

Under the terms of the partnership, iSoftBet – an online and mobile casino games supplier – has integrated NSoft’s most popular draw based game, Lucky Six into its Game Aggregation Platform (GAP).

This deal will help NSoft to expand in the UK, Italy, Spain, Denmark and Portugal, with the aid of iSoftBet’s unique portfolio of certified games meeting regulatory obligations of industry standards.

iSoftBet’s gaming suite includes a wide range of original video bonus slot machines, stunning branded content from world-renowned TV and film studios, and a unique collection of games optimised for smartphone and tablet use along with an advanced GAP allowing operators to benefit from over 20 additional game providers’ content in one swift integration.

“This collaboration is a win-win for both organisations,” NSoft said in a statement. “iSoftBet will be able to showcase its unique portfolio of games in the eastern Europe and African markets through integration into NSoft’s Seven Platform, while NSoft is getting a tremendous opportunity to enter the western European market.

NSoft started as a software provider for retail businesses in the betting and gaming industry, and after succeeding in the local market the company is now focusing on eastern Europe and Africa.

The company employed 50 new people in 2015, reaching 140 in total, to help grow the business. As a direct consequence, the Seven Platform has been developed – a single, cloud-based solution for betting products to be available on all major distribution channels. This will make products move from the retail and terminal sector to web and mobile, and offer betting operators a robust mechanism to manage all segments of their operation from a single location; this includes terminals, users, payments, settings, reports etc.

The platform was revealed during ICE 2016, along with other novelties like the draw-based game Lucky X and virtual games such as Virtual Horse Races and Virtual Greyhound Races. Sportsbook is now polished and it looks better than ever. This has resulted in doubling the number of business opportunities compared to ICE 2015 and forming new partnerships such as the one with iSoftBet.