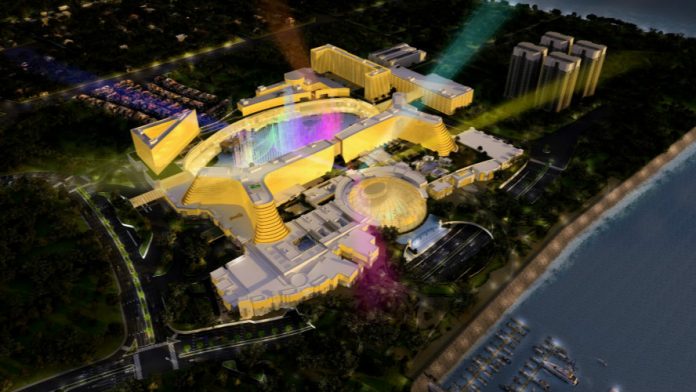 Japan’s Universal Entertainment Corporation, the company behind the $2.3bn (E2.1bn) Okada Manila casino resort in the Philippines, said it is “carefully considering the optimal timing” for the opening of the property.

[dropcap]I[/dropcap]nitial plans for Okada Manila, which is located within the sprawling Pagcor Entertainment City entertainment complex in Parañaque, called for the casino property to be completed by March 31, 2015, although a delay in the approval process by state regulator, the Philippine Amusement and Gaming Corporation (Pagcor), saw this date pushed back to the end of 2016.

Earlier this month, however, Universal Entertainment hinted about further the possible delays in the opening of the resort due to “worse-than-expected weather conditions”.

“Okada Manila has not markedly lagged behind the original plan, although the progress has differed somewhat from the plan, affected by worse-than-expected weather conditions,” Universal Entertainment said.

Tiger Resort Leisure and Entertainment, the local unit of Universal, added: “In view of policy actions by the Philippine government and the economic environment in the near-term, we are now in the process of carefully considering the optimal timing for opening the facility towards delivering maximised shareholder value.”

Tiger Resorts president Steve Wolstenholme said in September that Phase 1 of the project was on track to open this year and construction was 85 percent completed.

Meanwhile, Universal Entertainment said it would generate $400m (E357m) from the issuance of privately placed notes at 8.5 percent per annum under Series 2 notes.