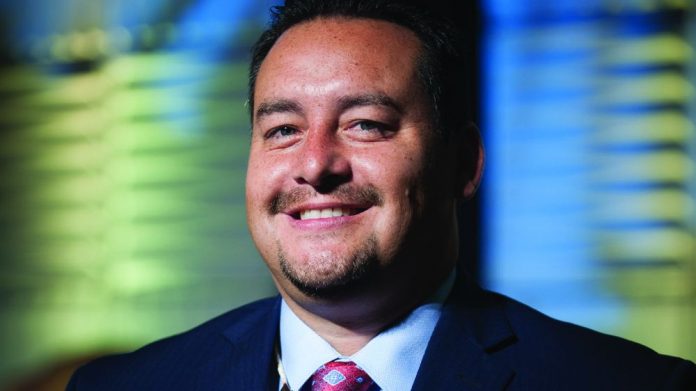 Following a successful 25th edition of the OIGA Conference and Trade Show, Casino Review spoke to Oklahoma Indian Gaming Association chairman Matthew Morgan, who recently took up the position in July, about some of the key currently issues facing the state’s multi-billion dollar tribal gaming industry.

Casino Review: Congratulations on your new role, what will be some of your key focuses as chairman of OIGA and could you tell us about any of the initiatives you’ll be undertaking?

Matthew Morgan: Thank you. I’ve been involved with Oklahoma Indian Gaming Association for many years, and am extremely honoured to hold the position of Chairman.

You could say we hit the ground running, because about two weeks after I took office, Oklahoma’s governor surprised the Tribal governments with an op-ed announcing his intention to ignore the evergreen clause in the gaming compacts, and also to enter into discussion to increase exclusivity fees.

Suffice it to say he had been ill-informed, and our membership has rightly spent a great deal of time and effort correcting that narrative, an effort that is ongoing.

CR: Oklahoma is one of the US’s largest tribal gaming markets. For our international readers could we get some of the key figures – how many tribes and casinos are we talking about?

MM: Here is a good snapshot. There are 38 federally-recognised Indian Tribes/Tribal Nations in Oklahoma. Of those, 31 Tribes have signed compacts.

There are 130 Tribal governmental gaming operations, which range from an annex to a gas stop to full-scale resort casinos.

Revenues from Tribal Governmental gaming must be used in five specific areas as stipulated by the Indian Gaming Regulatory Act (25 U.S.C. 2710 [Sec. 11]). Net revenues from any tribal gaming are not to be used for purposes other than to fund Tribal Government operations or programs; to provide for the general welfare of the Indian tribe and its members; to promote Tribal economic development; to donate to charitable organizations; or to help fund operations of local government agencies.

CR: You recently celebrated the 2019 edition of the OIGA Conference and Trade Show. How did the show go and what were some of the main topics of conversation during this year’s conference?

MM: Our 2019 Conference and Trade Show was a milestone. It was our 25th year, and our nearly 2,500 attendees, vendors and speakers had an excellent experience. We enjoyed our annual John Marley Golf Tournament on Monday morning, which raised scholarship funds.

Sessions opened on Tuesday, and topics included the History of Sports Betting; the State of Tribal Gaming in Oklahoma; International Vendor Licensing; Class II / Class III: The Ongoing Evolution of Technology; Wellness Plans: Are They Really Saving You $$$; Here One Day, Gone the Next: A Sustainability Checklist; and many more.

At our Annual Awards Luncheon, the 2019 John Marley Scholarship recipients were announced, and we celebrated the recipients of our Chairman’s Awards for Outstanding Achievement in Indian Gaming and Modern Day Warrior Awards.

As always, we reconnected with friends, made new ones and a great deal of business was undertaken. It was an outstanding year.

CR: Looking at sports betting, what kind of opportunities do you see for Oklahoma’s tribal operators? Will smaller operators in the state be able to participate?

MM: Should sports betting become an available offering for Tribal governmental gaming operations, each tribal government will have to determine whether and how it might be a good fit for their business models.

CR: It’s recently been reported that governor Stitt is looking to renegotiate the Oklahoma’s tribal gaming compacts. What is OIGA’s position on this?

MM: In the last 15 years, tribal governmental gaming in Oklahoma has generated more than $1.5bn in exclusivity fees to the budget of the State of Oklahoma; have provided some 75,885 jobs, primarily to citizens in rural Oklahoma, which translates into some $4.3bn in wages; have brought tens of thousands of tourists to Oklahoma and have created more than a $9.5bn economic impact in the State of Oklahoma.

When the citizens of the state of Oklahoma voted in November of 2004 to offer a model gaming compact to Oklahoma tribes, it was estimated to supplement the state’s education budget by $70m per year. While it took a little while (1.5 years) to reach that initial, estimated amount, tribal governments have upheld their end of those projections, experiencing steady increases. Estimated exclusivity fees are projected to be in excess of $145m this year.

CR: Those tribes looking to introduce sports betting will presumably need to renegotiate their existing compacts?

MM: Tribal governments interested in adding sports betting to their entertainment offerings do not need to renegotiate their compacts with the state. For example, in 2018 House Bill 3375 was signed into law, which added non-housebanked table games involving a wheel, ball or dice to the slate of gaming entertainment that may be offered by Tribal gaming operations in our state. The addition of sports wagering could be achieved the same way.

CR: Moving beyond that, are tribal operators in Oklahoma facing any other issues?

MM: We would like for the State of Oklahoma to look at Tribal governments as partners and not as adversaries, as we are strategically linked. Until that happens, maximum potential for both cannot be fully achievable.