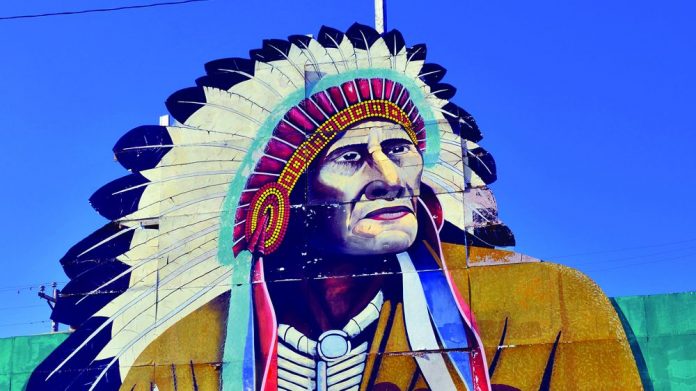 As the debate rages concerning compact renewal in Oklahoma, perhaps the most pragmatic assessment comes from US representative Tom Cole, who suggests that the matter may well end up being settled in a federal court.

As the issue of compact renewal continues to loom large in Oklahoma, Casino Review takes a page out of the Tom Waits songbook and asks, “How’s it Gonna End?”

It all kicked off in July, after governor Kevin Stitt called for compact renegotiations via an op-ed in Tulsa World.

“The easiest thing to do is simply renew the existing compacts ‘as is’,” Stitt wrote. “I believe, however, that voters elected me to look at everything in state government with a fresh eye.”

Leaving aside the dubious merits of announcing a significant policy shift via a newspaper article, what most drew the ire of tribal operators was the governor’s assertion in a letter sent to the heads of 35 Oklahoma tribes shortly after that state’s tribal gaming compacts will not automatically renew after they expire in January 2020.

“The recent action of governor Stitt puts into question his sincerity to work with us in a cooperative manner moving ahead,” said a joint resolution by the Inter-Tribal Council of the Five Civilized Tribes the following week.

The governor, himself a member of the Cherokee Nation, attempted to move away from the resulting controversy the following month, tabling the issue of compact expiration while unsuccessfully trying to bring tribal leaders to the negotiating table for talks in September.

While The Oklahoma Observer editor Arnold Hamilton praised Stitt’s eventual decision to hand the negotiations off to attorney general Mike Hunter, as he noted in opinion piece for The Journal Record, the bad blood produced by his handling of the matter has the potential to be long lasting.

“Even if [Stitt] manages to secure a few million dollars more for the state treasury – far from a sure thing – the political costs for the first-year governor are enormous,” he wrote.

Scott Meacham, who negotiated the current tribal compacts nearly 15 years ago while serving as secretary of finance and revenue, said there is a legislative loop-hole that could oblige the tribes to renegotiate their compacts, but at the same time he conceded that it might be a case of cutting off your nose to spite your face.

Meacham, now president and CEO of the Oklahoma-based venture firm i2E, explained that the compacts were structured to renew automatically provided the state also allows gaming at horse racing tracks or elsewhere.

“The compacts would not automatically renew on 1 January if, prior to that point, the state has repealed any other gaming that’s going on in the state,” he said.

Nevertheless, he acknowledged that outlawing gaming at horse tracks could cause “a lot of consternation” among certain members of the state legislature, while a significant section of rural voters are heavily involved with the horse racing industry.

Meanwhile, Matthew Morgan, chairman of the Oklahoma Indian Gaming Association, hoped clearer heads would prevail, observing that if the discussion degenerates to the level Meacham suggests it “would not be good” for the relationship between state and tribal governments going forward, whatever the final outcome.

“I would hope that we don’t enter into that realm because that’s not productive for anyone,” he said. “Not only would that type of conversation harm that relationship, but in 2004 when the compact was entered into …one of the main purposes was to save the horse racing industry. I’m not sure how attempting to destroy two industries helps the state.”

However, US representative Tom Cole pragmatically reflected that sooner or later, the conflict between the Sooner State and Indian tribes over gaming compacts could well wind up at the doors of a federal agency and eventually, a federal court.

“I suspect this ends up in court at some point if the parties can’t agree,” said Cole, a member of the Chickasaw Nation and an expert on tribal issues, during a town hall meeting at the start of September. “Hopefully, they sit down and find common ground. The discussion is perfectly appropriate, and we’ll just see where they end up.

“But at the end of the day, if they can’t come to an agreement, it will go first to the Department of Interior that’ll look at the thing and offer a decision. And then either party could take that on into federal court if they disagree with the decision that’s rendered.

“It’s perfectly appropriate for the governor to say, ‘I want to renegotiate’.” he acknowledged. “The term’s up. That’s clear. But if they can’t come to an agreement, does it automatically renew for 15 years? I’m not a lawyer. I don’t know that. And that’s the real sticking point right now.”