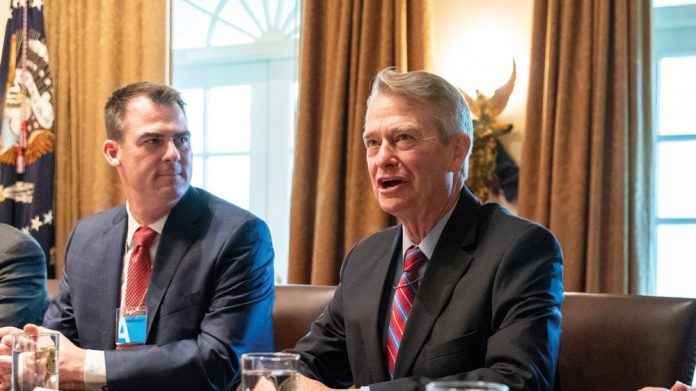 It looks unlikely that there can be any progress with compact negotiations unless the state government climbs down from its position that the existing gaming compacts will expire at the end of the year, Edward Lowton reports

Oklahoma’s 35 tribal nations with gaming operations and the state government are once again at an impasse over the issue of over compact renewal.

While governor Kevin Stitt had previously adopted a more conciliatory tone, tabling the issue of compact expiration while trying to bring tribal leaders to the negotiating table for talks, a closed-door meeting between attorney general Mike Hunter and tribal leaders ultimately failed to bear fruit.

Negotiations in late October remained sharply divided over the issue of compact renewal, with Hunter said to be looking to take the matter to arbitration. “They have refused to communicate with me,” governor Stitt complained.

As The Journal Record noted in a recent op-ed, the governor’s “effort to strong-arm the  state’s tribes into accepting higher gaming fees” set “a divisive tone for potential negotiations”.

This, combined with the Stitt administration’s continuing insistence that the state’s tribal gaming compacts will not automatically renew after they expire in January 2020, has put a damper on discussions.

“The compact renews,” said Stephen Greetham, chief legal counsel for the Chickasaw Nation. “There’s no reasonable argument that it doesn’t.”

In line with this, former state governor Brad Henry said that, contrary to Stitt’s arguments, the compacts were designed to automatically renew.

“We felt like it was best for the state that they could stand on the compacts and they would automatically renew,” Henry said, explaining that his administration was concerned that if the compacts were successful the tribes might want to return and negotiate lower rates.

Conservative think tank, the Oklahoma Council of Public Affairs put its two cents in this November, asserting that the compacts should be renegotiated to bring Oklahoma in line with its neighbours.

“Most of the states around us are paying well over 20 percent. Kansas. Missouri. Louisiana. Arkansas. New Mexico. Most are paying 25 percent or more on their gaming revenue. Here in Oklahoma most of the gaming is taxes similarly between zero and six percent,” said Dave Bond, VP for advocacy with the Oklahoma Council of Public Affairs.

Nevertheless, Greetham contends that 92 percent of the other compacts in the US are similar to the Sooner State’s rates. He emphasised that Oklahoma is receiving more than $400 per citizen from the current compact. “No other state pulls in numbers like that,” he said.

In a comment for the Muskogee Phoenix, Steve Fair, chairman of the fourth district of the Oklahoma Republican Party, suggested that the distribution of gaming revenues under current compact arrangement reflects the distinct conditions in Oklahoma compared to other states.

“Oklahoma’s gaming compact does allow for a lower percentage of the take to go to state coffers …But Arkansas is not Oklahoma. In Oklahoma, 7.1 percent of the population is Native American compared to only 0.57 percent in Arkansas,” he wrote.

Fair highlighted the wide range of social programmes Oklahoma’s tribes provide for their citizens, which are largely funded via their gaming operations.

“If the tribes are forced to pay a higher percentage, likely those programmes will be cut or eliminated. The question boils down to who will really do a better job spending money – the tribes or the state?”