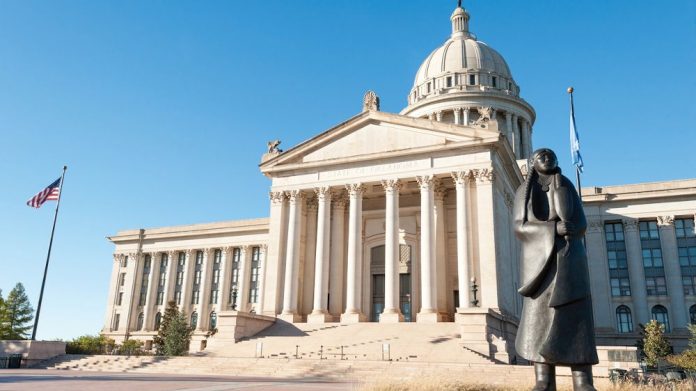 While representatives for Oklahoma’s 35 tribal nations met with attorney general Mike Hunter in late October, negotiations are said to have reached an impasse over the state’s continued insistence that the tribes’ existing gaming compacts will expire at the end of the year.

Tribal leaders in Oklahoma have rejected arbitration in a dispute with the state government over compact renewal. In a letter to state attorney general Mike Hunter, the leaders of Oklahoma’s 35 tribal nations which operate casinos stood firm in their position that the compacts will automatically renew at the end of the year.

Members of governor Kevin Stitt’s staff and Hunter, who is representing the state, met with around 200 tribal leaders and their representative on 28 October at the Grand Casino, owned by the Citizen Potawatomi Nation, just outside Shawnee.

However, following the closed-door meeting, negotiations reportedly remained stalemated over the issue of compact renewal, with Hunter said to be looking to take the issue to arbitration.

“The state’s argument against renewal is not supported by any facts or law and arbitration is not presently justified,” the tribes wrote in the letter on 5 November.

“If the state intends to make a proposed revision to our agreement, we will insist that it justify any proposal with reference to a meaningful state concession of proportionate value.”

Baylee Lakey, Stitt’s communications director, said “the governor is disappointed the tribes declined the state’s proposal for arbitration in order to resolve our legal differences”. “[The tribes] did not present an alternative resolution towards progress,” she added.

Casino gambling is now a booming industry in Oklahoma, with 130 casinos dotting the Sooner state, ranging from gas station annexes to resort-style hotel casinos, many of them in border communities.

Tribes pay between four to 10 percent of their revenues for the exclusive right to offer gaming in the state. Oklahoma collected nearly $139m in tribal gaming exclusivity fees in 2018, according to a report from the state’s Office of Management and Enterprise Services, a 3.48 percent rise year on year.

Governor Stitt first called for compact renegotiations via an op-ed in Tulsa World back in July. “The easiest thing to do is simply renew the existing compacts ‘as is’,” he wrote. “I believe, however, that voters elected me to look at everything in state government with a fresh eye.”

“The first mention that tribal leaders got of his intention was through that op-ed, I think they were also caught off guard on his view that the compacts terminated on 1 January should the parties not be able to come to an additional agreement.

“He has I think been misinformed. “Federal law says that …under gaming compacts the state has to offer something of value to the tribe in return for receiving those revenue share payments,” he continued.

“That’s our question to governor Stitt at this point. If you would like to talk about games being offered or the fee payment arrangement, what are you offering?” Speaking at the end of October, former state governor Brad Henry expressed concern that the dispute could wind up in court.

Henry served as Oklahoma governor from 2003 until 2011 and it was his administration which negotiated the original gaming compacts.

“We felt like these compacts were going to be very successful in terms of bringing in a lot of money to the state of Oklahoma for education,” Henry said.

“I am worried that the dispute may end up in court,” Henry said. “That, in my opinion, won’t be good at all for the state. I think that is the wrong direction.

On a similar note, in September, US representative Tom Cole suggested the issue could well end in litigation. “I suspect this ends up in court at some point if the parties can’t agree,” said Cole, a member of the Chickasaw Nation and an expert on tribal issues, during a town hall meeting at the start of September.

“Hopefully, they sit down and find common ground. The discussion is perfectly appropriate, and we’ll just see where they end up. “But at the end of the day, if they can’t come to an agreement, it will go first to the Department of Interior that’ll look at the thing and offer a decision.

And then either party could take that on into federal court if they disagree with the decision that’s rendered. “It’s perfectly appropriate for the governor to say, ‘I want to renegotiate’.” he acknowledged.

“The term’s up. That’s clear. But if they can’t come to an agreement, does it automatically renew for 15 years? I’m not a lawyer. I don’t know that. And that’s the real sticking point right now.”