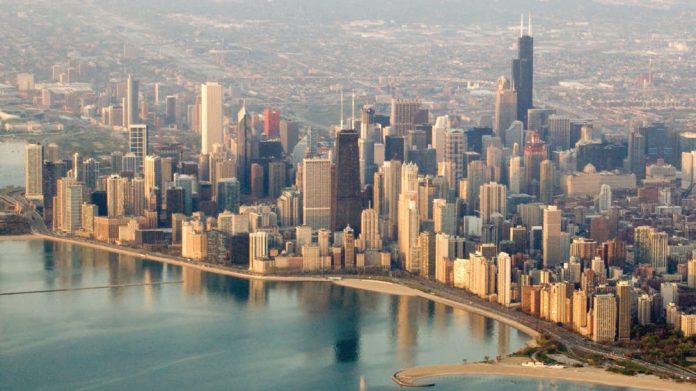 Half a dozen casinos and the privilege of offering sports betting are on the table for operators willing to take a chance on Illinois, but while some analysts advise caution, others see ‘the Prairie state’ as the cornerstone of the Midwest sports betting market.

At the end of last month, Illinois Governor JB Pritzker signed into law a package of bills containing a $45bn infrastructure plan for the ‘Land of Lincoln’ and expanding gaming in the state to the tune of six new casinos for: Chicago (and machines for both its airports), Waukegan, Rockford, the South Suburbs, Walker’s Bluff, and Danville.

Expected to create almost 10,000 permanent positions, the casinos will provide Illinois with both an enhanced entertainment offer and a solution to its current status as the state with the highest unemployment rate in the Midwest. Furthermore, if the casinos hold more than 17,000 people, their operator will be able to pursue a licence for a brick-and-mortar sportsbook. In financial terms, the legalisation of sports betting in the state is estimated to generate between approximately $58m to $102m annually, with overall ongoing revenues from the gaming expansion estimated to total at least $350m a year at full implementation.

“With this historic $45bn capital plan, we’re fixing decades-long problems, creating good jobs, improving communities for the next generation—and doing it together, across party lines,” said Gov. Pritzker. “With these investments, we’re creating and supporting hundreds of thousands of new jobs in our state. This is more than an infrastructure plan. This is a job creation plan the likes of which our state has never seen.”

It is a testament to the gaming industry that it has been made a central part of this plan, however, while there is no doubt the new casinos will be a boon for Illinois, what about for operators? So far, none have gone public with their ambition, but there has been indications that MGM, Las Vegas Sands, and Penn National will be hesitant to throw their respective hats in the ring. MGM are reviewing the bill, in particular with regards to sports betting, but CEO Jim Murren recently said the company’s $960m casino resort in Massachusetts “really winds down our development cycle”, while Las Vegas Sands – which recently sold its only domestic casino not in Nevada – has publicly stated it’s uninterested in Chicago, and Penn National CEO Tim Wilmott has expressed apprehension, emphasising that his company already operators three of the state’s ten existing venues. “An already saturated market is going to get a lot more supply,” Wilmott explained. “It’s going to make the Chicago casino a very difficult investment to make.”

However, while some operators may not see opportunity in the bill, analysts have no doubt there will be an increased demand on slot machine manufacturers. In fact, a report by SunTrust Robinson Humphrey analyst Barry Jonas estimates anywhere from $79m to $224m of earnings from new machine sales.

“These type of expansion opportunities don’t come along too often anymore,” agreed Marcus Prater, the executive director of the Association of Gaming Equipment Manufacturers. “As suppliers, we’re certainly pleased.”

Leading manufacturers Scientific Games and IGT have both identified an opportunity to expand sales in the state, with Jonas’ report estimating that the pair could capture as much as $20m to $56m of the incremental earnings. Overall, the bill allows 30,000 additional gaming positions in the state, but Jonas doubts that many machines will be necessary, estimating “15,000 to 20,000, perhaps, assuming all the new casinos get built.”

Chris Grove, a managing director at Eilers & Krejcik Gaming, expects they will.

“Chicago provides a unique combination of population, significant economic opportunity and a proven interest in gambling, as evidenced by the regional market around Chicago,” he stated. “I think with the potential of the Chicago market, most – if not all – commercial operators are going to entertain the possibility.”

On the other hand, Jennifer Roberts, associate director for UNLV’s International Center for Gaming Regulation, believes operators may be hesitant due to high fees and tax rates.

Online licenses for sports betting will cost $20m, with applicants then paying five percent of the adjusted gross revenue from the year prior, up to $10m, with gross gaming revenue taxed at 15 percent. Last year, the effective tax rate for Illinois’ 10 casinos was 33.8 percent, and according to the SunTrust report, the Chicago casino is expected to have a 66 per-cent effective tax rate. By comparison, Nevada’s tax on gross gaming revenue is between 3.5 percent and 6.75 percent. All things considered, Jonas concluded that Illinois will be a difficult market for operators to turn a profit.

“We’re seeing a lot of skepticism around the financial return from operations currently in the market and those not in the market,” he said. “A lot (of operators) are hesitant to add on additional positions, add tables or slot machines, given the returns there.”

Despite this, Grove believes operators will find it difficult to ignore Illinois if they have any intention of being a nationwide player in the US sports betting market.

“It’s one of the most recognized sports hubs in the United States,” he said. “If you’re not in the Illinois market, your ability to compete in connected markets like Indiana and Iowa is compromised.”