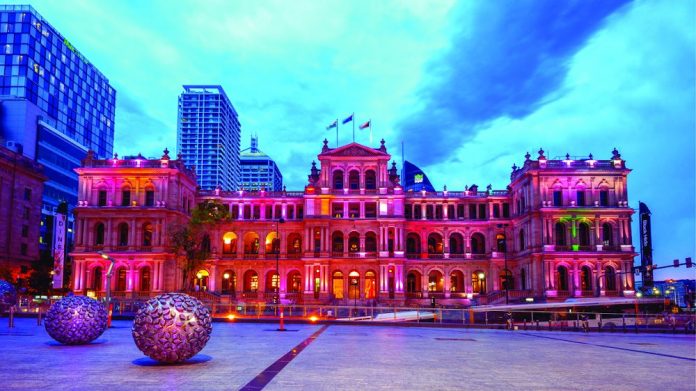 Star Entertainment said it’s begun to see signs of improvement in its domestic business in the wake of a tough 2019 financial year which saw a fall in earnings from its international VIP punters. Having introduced a major cost cutting programme in mid-June, MD and CEO Matt Bekier affirmed the company is ‘set up well for the next year’.

The ASX-listed firm, which owns hotels and casinos in Sydney, Brisbane and the Gold Coast, reported an 8.4 percent fall in normalised profit after tax to AUD223.7m ($153.2m) for the year to 30 June.

Gross gaming revenue rose 3.6 percent to AUD1.64bn ($1.1bn) during FY19, but that overall rise masked a dip from which Star is only now recovering, as domestic demand began to drop off in mid-February and steadily worsened.

“March was worse, April worse, May terrible. [But] June improved, July was better than June, and August is better than July,” the company’s CEO Matt Bekier explained. Weaker economic conditions in China and the ongoing US-China trade war also made their presence felt on the balance sheet.

A record 10 percent growth in the number of international VIPs was offset by reduced spending by those customers, with normalised revenue for the segment down 30.7 percent to AUD572.9m ($392m).

Nevertheless, Star Entertainment said that while domestic revenue during the early part of the 2020 financial year “continues to reflect a cautious consumer environment”, the company noted it “has improved” from levels seen in the early stages of 2019.

International VIP revenue also appears to be up on last year, but the group cautioned that comparisons are difficult given the short time period.

Star Entertainment announced a range of cost cuts in mid-June, after weak consumer confidence and falling spending by VIP punters forced the firm to downgrade its full-year profit forecast. Looking to reduce overheads, as of August, the company had cut 343 executives and made savings of around AUD37m in salary costs.

Bekier has also said he would analyse selling assets such as car parks and hotels to help fund new growth initiatives.

The measures have allowed the company to save a total of $40m in annualised costs so far, while another $5m of mainly non-salary costs will be cut over the next half. “Our earnings are solid, our balance sheets is strong and we have a very robust domestic business that will be even stronger now that we have taken decisive action on costs that will set us up well for the next year,” Bekier said, adding that customer engagement surveys suggested the cuts had not affected front-of-house operations.

“I’d say it’s been an exceptionally well-executed program that has allowed us to push through the new operating model very, very quickly,” he continued.

“Not everything has worked perfectly …but because we went very quick and hard, it’s all behind us, and I sense people are moving on. “I’ve told the team internally that the cost cutting is finished substantially, and now we will drive the business.”

The company also confirmed its capital works remain on track, with major developments underway at Queen’s Wharf in Brisbane and The Star on the Gold Coast. “Around 60 per cent of total project costs for Queen’s Wharf Brisbane are now under lump sum contracts, with a further approximate 28 per cent to be contracted on lump sum terms expected by end of the financial year,” Bekier clarified.

Excavation work on the Queen’s Wharf project in Brisbane has been completed, with the entertainment precinct – which is set to include four hotels – slated to open in late 2022. Star Entertainment is still hoping to get approval for its proposed 66-storey Ritz-Carlton Sydney hotel adjoining The Star casino in the coming weeks, despite a report by New South Wales Planning Department which argued the AUD500m ($347m) development in the city’s Pyrmont district was “not in the public interest”.

“We continue to be totally committed to this project: This is a great project, we are absolutely convinced that we have done everything that can be done and should be done to get the right approvals,” Bekier said.

“Unfortunately we have been caught up in some dark and murky politics that have thrown us a bit of a wobbly.” The negative planning recommendation saw state premier Gladys Berejiklian intervene to order a review of Pyrmont’s planning rules to ascertain whether they were “consistent with the government’s vision for the future”.

To be conducted by the Greater Sydney Commission, this review is scheduled to be completed by the end of September.

Tourism Accommodation Australia has welcomed the review, with CEO Michael Johnson asserting that the 220-room project was key to help ensure Sydney maintained its status as Australia’s gateway city.

“To put it simply – this is a project which needs to proceed,” he contended. “As a global city we are always judged on our highest levels of accommodation and the Star Entertainment Group’s Ritz-Carlton development at Pyrmont will help place Sydney in a stand-out position.

“To have such an iconic hotel rejected in the first place was extremely disappointing and we welcome the strong action by the NSW Premier and await the results of the review into planning rules for the Pyrmont and Western Harbour precinct,” Johnson concluded.