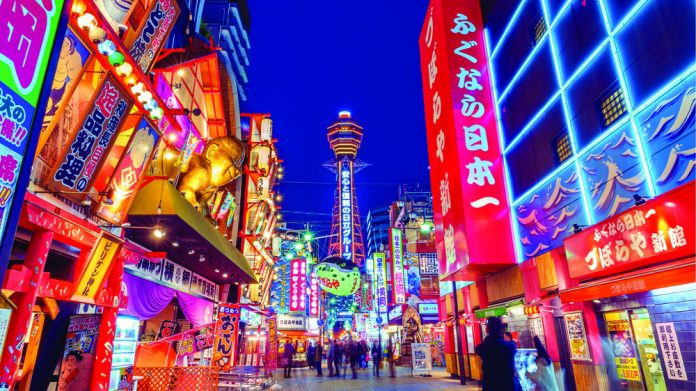 The election of pro-casino resort candidates in Osaka this April has paved the way for the prefecture to push forward with plans to select a commercial partner before making a bid for one of Japan’s three new IR licences.

In Osaka, the city mayor and prefectural governor – both candidates for the localist Osaka Restoration Association – have swapped roles. Both politicians were closing in on the end of their terms and resigned in March in order to run for the other’s position.

Former mayor Hirofumi Yoshimura is now the governor of the prefecture, and former governor Ichiro Matsui is now the mayor of Osaka City. Both have been strongly supportive of an IR in Osaka, which is set to host the 2025 World’s Fair.

Nevertheless, Yoshimura stated during a press conference on 24 April that “opening before the expo is not a red line. We want operators to tell us how long it will take for us to have a facility of the highest quality.”

Japan’s Integrated Resorts Implementation Act requires local governments that wish to host a casino resort to make a formal resolution. Following this, interested local governments must select a business partner and put forward by a proposal to be evaluated by Japan’s national government.

Following the elections, it was announced in April by Osaka’s integrated resort promotion bureau – which is jointly-run by the prefectural and city governments – that the region would launch its request-for-concept (RFC) application phase in its effort to identify potential commercial partners for developing a casino resort.

The requirements of the RFC phase, which began on 25 April and will conclude on 24 May, are that the Osaka site will cover 49 hectares (121 acres). Yumeshima island, a land reclamation site in Osaka bay, has previously been identified as a potential site for a casino resort.

The Osaka RFC requirements additionally require that a submission should include a number of key elements outlined by the national government in ordinances on 26 March These include convention capacity and exhibition space capable of hosting over 6,000 guests; an attraction promoting Japanese culture; and a large-scale hotel with over 3,000 rooms, while an RFC must also outline responsible gaming measures.

The selected operator will be contribute JPY20.2bn (around $182m) towards subsidising the extension of the Osaka Metro Chuo Line to Yumeshima, a figure which amounts to about 40 percent of the total estimated cost of the railway extension.

Once Osaka concludes its RFC application stage, interested parties will have until around the end of August to make their full submissions, which will then be analysed by the local government, a process that is expected to conclude in October.

Following this, the Osaka IR promotion bureau will launch the request-for-proposal (RFP) phase, which will choose the actual consortium and submit a formal application to the central government.

Meanwhile, MGM Resorts International has confirmed that it is partnering with Japan’s Orix Corp, a financial services group, as part of plans to develop a Japanese casino resort.

“MGM Resorts confirms that we are working with Orix to create Japan’s first integrated resort in Osaka,” said MGM Resorts Japan in a statement.

The announcement follows on the heels of comments by Orix CEO Makoto Inoue that the two companies were looking to form a consortium, with each firm holding an equal amount of equity, while “Osaka corporations” would be expected to hold the rest. During its full-year earnings call on 13 February, MGM stated that it aimed to build a casino resort in Osaka.

“We just recently opened up an office in Osaka. We’ve committed now to the mayor and to the governor of Osaka,” said MGM Resorts chairman and CEO James Murren. “MGM has adopted an Osaka-first strategy. We are focusing our considerable resources on Osaka.”

“Our guess is that an operator will be selected by Osaka by early 2020. The next step for Osaka or any other jurisdiction is to go to the central government,” he continued. “We think Osaka will be one of the three concessions that will likely be granted, but we know the central government has to select Osaka and its operator. That probably happens maybe 12, 18 months after Osaka itself picks its operator.”

Melco Resorts and Entertainment chairman Lawrence Ho has also previously highlighted Osaka as a front runner for hosting a casino and a possible target for his company’s bid.