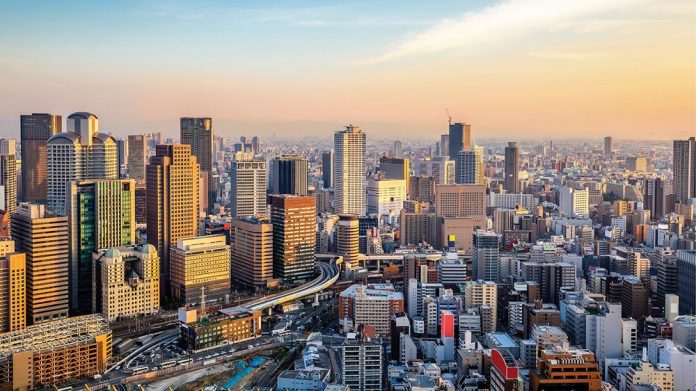 The regional authorities in Osaka have suggested that the prefecture’s RFP process has been placed on the back-burner while it deals with the immediate issue of the coronavirus pandemic. Meanwhile, despite the COVID-19 virus, Nagasaki prefecture has said it still plans to hold its RFP this spring.

The mayor of Osaka, Ichiro Matsui, has acknowledged that the prefecture’s request-for-proposal (RFP) process could be further delayed due to the coronavirus pandemic.

Japanese regions aiming to bid to host an integrated resort will first need to select a private-sector partner via a RFP process.

On 8 April, seven prefectures in Japan including Osaka declared a state of emergency for a month due to the ongoing spread of the COVID-19 virus.

In February the Osaka authorities said the only qualified applicant for their RFP phase was a consortium consisting of United States-based casino operator MGM Resorts International and Japanese financial services group Orix Corp.

Galaxy Entertainment Group and Genting Singapore had previously said they would consider bidding in the prefecture, however both companies ultimately decided to withdraw in favour of Yokohama.

“After deep reflection we decided at this time that our focus should be on other potential locations in Japan, including among others, Yokohama,” Francis Lui Yiu Tung, vice-chairman of Galaxy Entertainment Group, said in mid-February.

In a similar vein, Genting Singapore said it would also “focus efforts and resources” on Yokohama. “While Genting Singapore participated in the Osaka RFC [request-for-concept phase]; after reviewing and considering shareholder feedback, it did not register for the Osaka RFP,” said a spokesperson for the company.

While Osaka had previously requested MGM’s bid be submitted by April 2020 with the final decision to be made by a selection committee around June, due to the coronavirus crisis both of these processes are now subject to a three-month extension. A final decision on the city and prefecture’s operator partner is expected by September at the earliest.

Osaka governor Hirofumi Yoshimura revealed that staff working on the city and prefecture’s IR bid have been temporarily re-assigned to assist with the COVID-19 pandemic, noting that discussions between Osaka and MGM Resorts are on hold. “The situation in the United States means that work between MGM and Osaka is unlikely to proceed for the moment. We have postponed talks. Those staff who were working on the IR bid will now work on the corona crisis,” Yoshimura stated.

Meanwhile, Nagasaki prefecture has said it still plans to hold an RFP “this spring” in order to locate a private- sector partner.

The regional authorities previously stated that an IR could launch by 2025 at the earliest. Nevertheless, given the ongoing coronavirus pandemic this date may yet be pushed back.

Nagasaki has proposed building an IR on a 31-hectare (76.6-acre) site at the Huis TenBosch theme park in Sasebo.

The prefecture published an updated version of its IR Basic Concept Plan on 6 April. The document suggests an IR in Sasebo could produce JPY610bn ($5.6bn) to JPY810bn in construction-related economic benefits for the wider Kyushu region. It estimates that once an IR begins operations, it could generate between JPY320bn and JPY420bn for the whole region thanks to an “economic ripple effect”.

Alongside this, the prefectural government says an IR scheme could create 630,000 to 840,000 construction-related jobs in Kyushu, while an IR would lead to the creation of 280,000 to 360,000 direct and indirect jobs once operational.