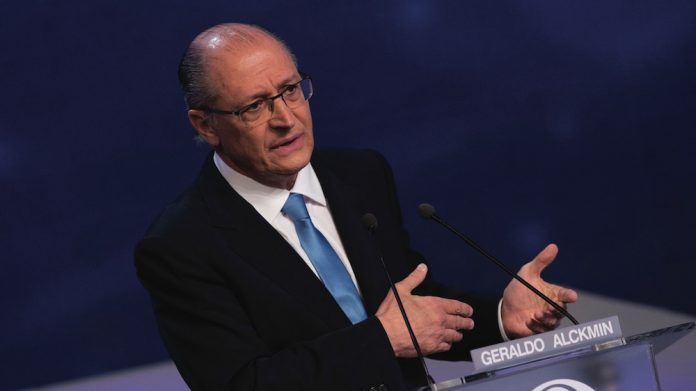 With the first round of the Braziliain presidential elections set to take place on 7 October, pro-gaming candidate Geraldo Alckmin will face off against Jair Bolsonaro, a congressman known for his anti-gaming stance.

Latin America’s largest economy has lived through a turbulent decade since the 2008 financial crisis, with proponents for the legalisation of gaming contending that the industry could provide a significant economic driver.

Industry stakeholders have had their hopes pinned on two bills in the National Congress which would legalise all gambling modalities.

While progress towards passing either piece of legislation has been slow, the forthcoming elections on 7 October could be set to shake-up the political establishment. But will this be for the better?

In late July, Alckmin – a long-time proponent of legalising gaming and who polls suggest is regarded as the most market-friendly candidate – negotiated a key coalition with the centrão (big centre), a group of parties in Congress composed of the Democrats (DEM), Progressives (PP), Party of the Republic (PR), Brazilian Republican Party (PRB) and (SD).

In the past, such electoral alliances which grant candidates access to greater TV time as well as coalition parties’ national network of representatives have proved crucial.

During the last five presidential elections, only those politicians which managed to secure support from multiple parties made it through to the run- off.

With the backing of nine parties, aside from his own, Alckmin’s alliance has matched former President Dilma Rousseff 2010 record for the largest coalition size.

On paper, the PSDB candidate now has the sup- port of 54.6 percent of the Brazils’s mayors and 51.8 percent of the country’s city councillors.
“The person who is always with the voter, who bridges the electorate and the politicians is the city councillor and the mayor who the voter knows,” said Andre Pereira Cesar, a political analyst. “Support in the last presidential campaign shows that these politicians bring in votes and that’s why the support of the parties is so highly valued.”

Alckmin will receive 44 percent of free television advertising time, far more than his fellow candidates, while he will also get the biggest share of BRL2.6bn ($700m) in public campaign financing. This is all the more significant since, for the first time in a presidential election, corporate donations are banned.

The largest shifts in poll standings are normally seen after television advertising starts, which this year will take place on 31 August.

However, while in theory, Alckmin appears to have a significant edge in the elections, there are several other factors in play, the foremost of which is the Brazilian electorate’s dissatisfaction with the mainstream politics amid the ongoing fall-out from the high-profile Lava Jato scandal.

“The PT and the PSDB think this will end up being another left-versus-right election,” says Pablo Ortellado, a professor of public policy at the University of São Paulo. “But it’s about traditional politics versus a rejection of the system.”

Even though he is a 27- year congress veteran, Bolsonaro has taken a leaf out of US president Donald Trump’s election playbook, positioning himself as an outsider candidate and harnessing social media to woo voters and criticise the “political establishment”.

An evangelical Christian, he hopes to appeal to the third of the population that shares his faith, nevertheless this could come as a blow to the campaign for gaming legalisation, given that some of the most vociferous opposition to opening the Brazilian market has come from the revivaltent.

“Bolsonaro is an expression of this enormous contingent that’s for the first time represented in the political realm,” says Fernando Schüler, a political scientist at Insper, a university in São Paulo.

Bolsonaro’s social media savvy may ultimately prove less significant that it appears in light of the fact that only half of Brazilians have frequent access to the internet.

Also noteworthy is that despite stating his opposition to gambling on numerous occasions, Bolsonaro has not completely ruled out legalising it to some extent were he to win the presidency. “There is a possibility …that each state will be able to decide [whether or not to allow] gaming,” he explained, speaking to the Rio de Janeiro Trade Association (ACRJ). “In principle I am against it, but we will look at what would be the best outcome.”